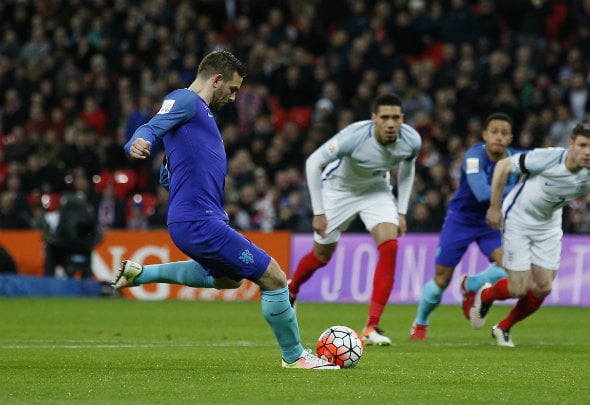 The new north London ace featured in Tuesday’s 2-1 defeat against Juventus and joined the clinic for a skills training session and to meet fans.

The £18.8million forward was joined by teammate Heung-min Son who himself will take part at this summer’s Olympic Games in Rio with South Korea.

The club tweeted an update on the event:

? @vincentjanssen_ presents Spurs TV for the first time during a visit to the Special Olympics in Melbourne…https://t.co/Kou1SPrzBk

Janssen moved to White Hart Lane from AZ Alkmaar earlier in July to add some more firepower to Spurs frontline.

The 22-year-old was the top scorer in the Dutch League last season with an impressive haul of 27 goals in 34 games.

He scored the equaliser from the penalty spot in the recent friendly against England at Wembley and netted the opening goal in the 2-0 win over Austria earlier this month.