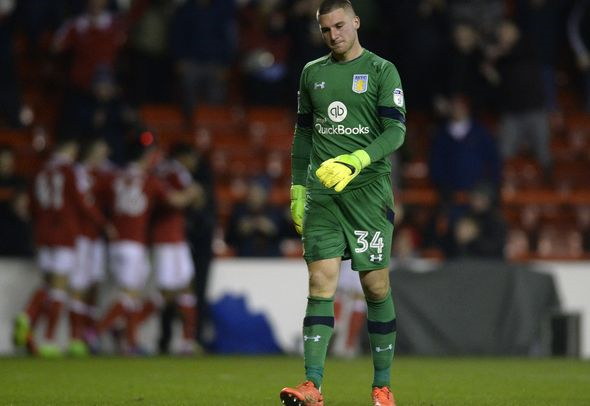 Manchester United goalkeeper Sam Johnstone has said how much he enjoyed his time at Aston Villa, ahead of the talks between Aston Villa boss Steve Bruce and Jose Mourinho.

The Birmingham Mail reports Bruce and Mourinho will meet next week to discuss the 24-year-old’s future.

The report states that Everton and Bournemouth are said to be interested, but Bruce will hope his talks with Mourinho go well and Johnstone is allowed to stay at Villa.

The 24-year-old goalkeeper arrived at Villa Park on loan from Man United in January and impressed.

Johnstone made 21 appearances in the Championship for Bruce’s side and kept eight clean sheets.

Speaking of his experiences at Villa to avfc.co.uk, Johnstone said: “I’ve really enjoyed it. Villa is a truly massive club.

“It’s a massive club where you’re playing in front of 35,000 fans in every home game and taking huge amounts of supporters to away matches.”

Bruce is quoted as saying, “I have had a conversation with Jose on the telephone and I will now be going to see him. We hope there is good news there.”

The shot-stopper has previously spent time on loan at Preston and Doncaster, but has never made a first-team appearance for his parent club.

Johnstone has represented England in several age groups, from the Under-16s to the Under-20s.

Villa drew 1-1 with Brighton in their last game of the season to secure 13th place and ensure their opponents did not finish the season as champions. The draw gave the title to Newcastle.

In other Aston Villa transfer news, this defender has revealed he is leaving the club.