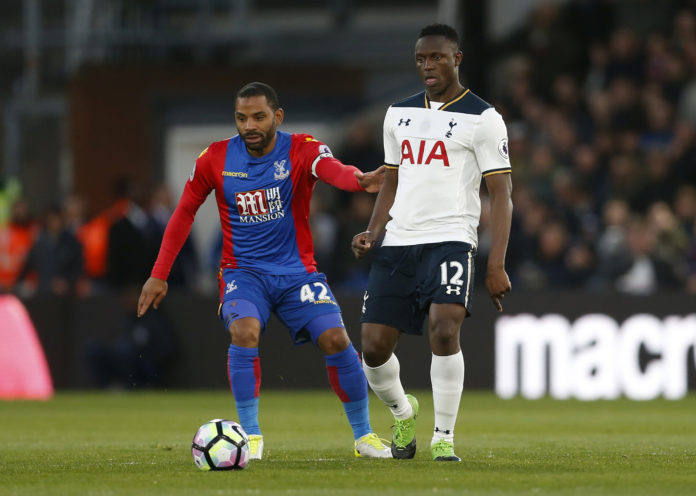 Football Insider analyses three of the main talking points from Tottenham’s 1-0 win over Crystal Palace in the Premier League on Wednesday night.

Tasked with nullifying the threat of one of the most potent attacking forces in the Premier League, Mamadou Sakho may have been in for a tough afternoon. But the 27-year-old turned in a performance of the highest quality, only to have his evening cut short with injury. The Crystal Palace star removed Harry Kane from the game entirely, and it was only when he was stretched off early into the second-half that Kane broke the shackles. Following his arrival at Selhurst Park on loan from Liverpool, Sakho has played with tremendous confidence and belief, and he has been a central figure in the club’s resurgence since the new year. Tottenham may enter the market for another central defender this summer, and they should look no further than Sakho.

Tottenham passed the test – but still five more to come

It could well have been game, set and match for Tottenham in terms of their Premier League title ambitions, but to their credit, they refused to go down without a fight. Chelsea threw down the gauntlet with their comfortable 4-2 win over Southampton on Tuesday night, but Tottenham hit back with the only response they could possibly muster to keep their faint hopes of a title challenge alive. It took great resilience and character to overcome a resurgent Crystal Palace side, but the important thing is the three points. Christian Eriksen’s stunning goal could prove a defining moment at the end of the season, but the focus must turn to the next game, and then the next. Even tougher tests are still to come for Tottenham, including both Arsenal and Manchester United, and there must be no let-up.

Wanyama is human after all

The 25-year-old midfielder has been brilliant in the heart of the midfield for Tottenham this season, slipping under the radar as one of the most influential performers at White Hart Lane this season. However, even the best players are prone to a bad day at the office it, and it was just that for Wanyama against Crystal Palace. The Kenya international is a reliable ball-winner, but struggled to exert his usual authority on proceedings, and was punished for a number of reckless lunges in the first-half. Wanyama could count himself a little lucky not to have been shown just the one yellow card, and sensing his value to the team, Mauricio Pochettino understandably withdrew him at half-time before he really tested the referee’s patience.

In other Tottenham news, Football Insider has rated the Spurs players during the narrow victory at Selhurst Park.