Fullback Kieran Gibbs should end his 13-year stay at Arsenal at the end of the current season.

The 27-year-old’s future at the club has taken a massive blow following the SkySports announcement that the Gunners have sealed the signing of Schalke fullback Sead Kolasinac for next season.

It appears that Kolasinac is set to be the future left-back at the Emirates as he’s only 23-years-old and has experience playing on the international stage.

He has represented Bosnia and Herzegovina 17 times and also featured in the 2014 World Cup in Brazil.

His arrival is a clear indicator that Gibbs will have to search for a new club as he’s unlikely to see a lot of game time in the upcoming season.

Gibbs has already seen his time on the pitch diminish in the last couple of seasons due to the emergence of Spaniard Nacho Monreal and the English fullback has only appeared 10 times in the Premier League this season.

With the prospect of playing Europa League football next season, Arsenal might want to hang on to Gibbs but it’s surely time for the fullback to revive his career by looking for a way out.

Back in 2010, many saw Gibbs to be perfect replacement for Ashley Cole in the England national team but a mixture of injuries and time spent on the substitutes’ bench has seen Gibbs left completely left out of the international picture.

The Englishman is now coming into the prime years of his footballing career and with other players stepping up to the plate for England such as Danny Rose and Luke Shaw, Gibbs needs to be active and find a club where he will be the number one choice.

In other Arsenal transfer news, Wenger has said this is the best position of a player Liverpool are trying desperately to sign. 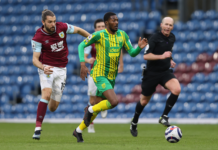 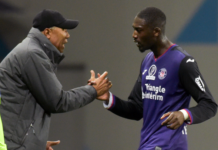