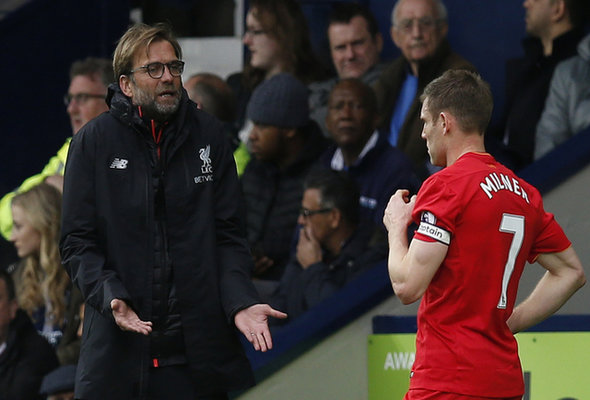 Coutinho needs to be more consistent

It was a majestic performance from the Reds playmaker, who started things off with a brilliantly timed pass to Daniel Sturridge, who opened the scoring in the first half. Philippe Coutinho then added a second and third after the break to help his team seal all three points. However, the 24-year-old needs to be more consistent over the season if he wants to help his team challenge for the Premier League title and regularly earn Champions League places.

Sturridge should leave in the summer

It was a positive display from Sturridge, who showed glimpses of what he can do if given the opportunity to start. However, he is better off leaving in the summer because his career needs another kick start and he clearly has not been getting the regular game time at Anfield. Injuries have played a part but the 27-year-old has not been fancied by his manager Jurgen Klopp and Sturridge moving on in the summer would not be a surprise.

Top four will be wrapped up

It is a simple equation for Klopp and his team. Secure all three points against Middlesbrough on the last day of the season and Champions League football is secured. Liverpool will take a great deal of momentum and confidence from the win against West Ham which will help them against Middlesbrough next Sunday. Added to that, with the way Coutinho is playing, the relegated north east side will be in for a tough afternoon.

In other Liverpool news, fans react on Twitter to reported 23-year-old signing.