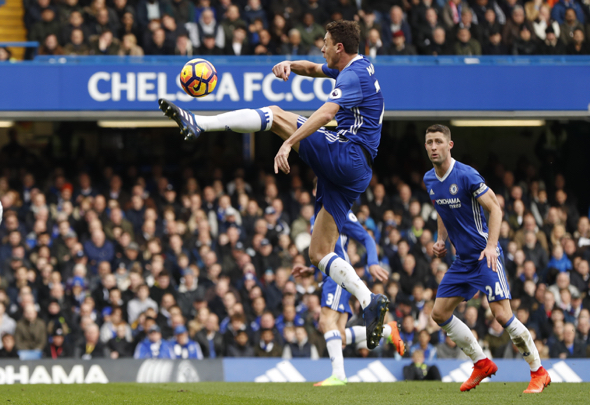 Matic should be dropped

Chelsea midfielder Nemanja Matic delivered a sound performance against the 10 men of Manchester United and was selected to offer a more defensive screen. However, the Blues look a better side with the creative Cesc Fabregas in the starting XI and that should come at the expense of Matic. Chelsea’s N’Golo Kante has been key to their success and does the job of two players in the midfield. The team can be a bit too defensively set-up with both Matic and Kante, so should start Fabregas to unlock defences. Matic, 28, is a great option to have in the squad, but should not be involbed in the best starting line-up.

Chelsea midfielder N’Golo Kante once again delivered a man-of-the-match performance and was industrious in the middle of the park. The France international managed to break up play time after time and is the perfect player in Antonio Conte’s system. The combative central midfielder managed to edge the duel with Paul Pogba and has been one of the standout players in English football during the last two seasons. Kante even showed a different dimension to his game as he scored the match winner. He scored from outside of the box with a brilliantly curled effort and would be some force if he could add more goals to his game.

Chelsea attacker Eden Hazard has been back to his best this season after a considerable dip in form last year. The 26-year-old was sensational against United and managed to torment the defence throughout. He was individually targeted by Jose Mourinho’s side and Phil Jones man marked him in the first-half, but he still managed to get at the defence. The Belgian playmaker is the favourite for the PFA Player of the Year award and he proved why. He may not have managed to score, but did manage to force a top save out of goalkeeper De Gea.

In other Chelsea news, Romelu Lukaku has revealed he is inspired by the club’s legend.