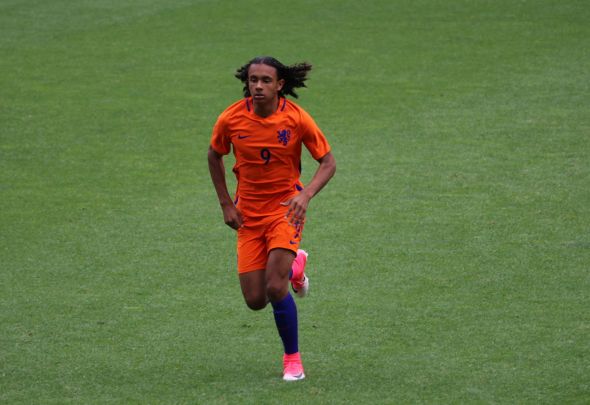 The Daily Mail claims Everton are currently in pole position to sign the 16-year-old starlet, after he struck 33 goals in 27 games for Feyenoord’s youth side last season.

However, north London rivals Arsenal and Manchester United are said to be keen on signing the four-time Holland Under-16 international.

Spurs are yet to enter the transfer market to add to Pochettino’s squad, but do have the money necessary to buy players after selling Kyle Walker to Manchester City for around £54million.

Football Insider believes Tottenham should break their transfer duck by luring Zirkzee to the Wembley Stadium as he continues to develop a reputation as one of the best youngsters in European football.

Here are three reasons why, including how Zirkzee could become twice the player of a number of young attackers in Pochettino’s ranks: