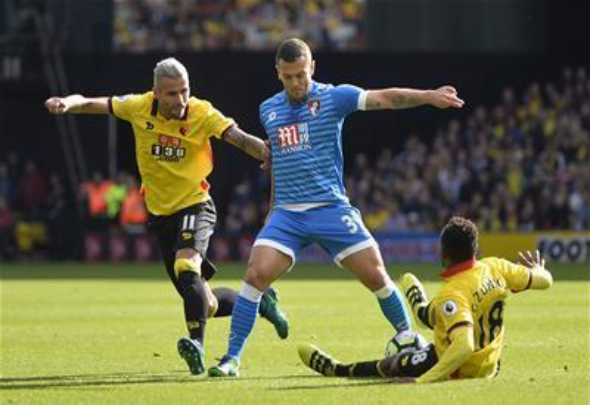 England midfielder Jack Wilshere has hinted he could leave Arsenal at the end of the season.

The 24-year-old is entering the final 18 months of his Gunners contract and his long-term future in north London is becoming increasingly uncertain.

His growing desire for regular first-team football means he is now prepared to call time on his career at The Emirates.

Wilshere, who is currently on a season-long loan at Bournemouth, made the decision to leave the club in the summer after falling down the pecking order with The Gunners.

It was a difficult choice, having joined Arsenal when he was nine. But he has since become an integral part of Eddie Howe’s Bournemouth side, and earned a recall to the England squad under Gareth Southgate.

“It was a tough decision for me to go out on loan,” he said, as quoted by the Daily Mail. “I could have stayed at Arsenal, been the player that comes on now and again, starts the odd game here and there.

He added: “I love Arsenal and I can still see myself playing there but, as well, who knows what the future holds. I have got a year left when I go back there. I have improved as a player and if Arsenal want me back and then we will see where we go from there.

Wilshere has struggled with injuries throughout his Arsenal career, which has restricted his first-team opportunities. He missed the majority of last season, only returning to action in April after a 10-month absence.

He was then controversially included as part of Roy Hodgson’s Euro 2016 squad, despite his lack of appearances.

Unless he can prove his fitness, it remains to be seen if Arsene Wenger sees him as part of his plans for next season, but his impressive displays with Bournemouth are making a strong case.

In other Arsenal transfer news, The Gunners have secured the long-term services of Hector Bellerin in a mega £31.2m deal.