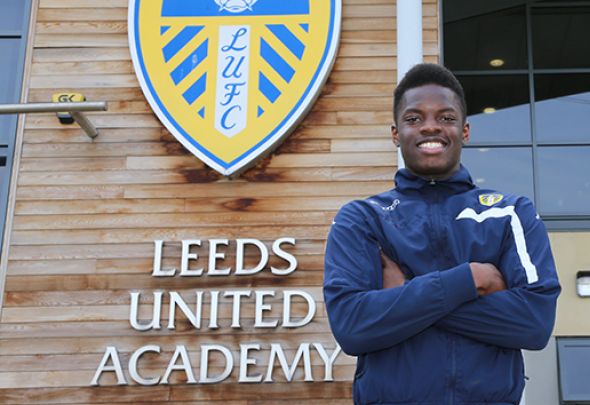 Leeds fans have reacted with delight on Twitter after teen prodigy Ronaldo Vieira was named in Garry Monk’s starting 11 to face QPR.

The former Benfica midfielder has impressed throughout pre-season, most recently picking up the man of the match award as the Whites produced an impressive victory against Serie A side Atalanta.

Vieira is handed his first start for the Championship giants after making just one substitute appearance to date, which came against Preston in May 2016.

The 18-year-old has certainly not gone unnoticed during his short stay at Leeds so far, partly because of his impressive performances for the youth side and also his eye-catching name.

Here are a selection of the Twitter messages from Leeds fans after learning that the Guinea-Bissau born midfielder was starting the team’s Championship curtainraiser.

Get in @Ronaldo_Vieira8 starting! Time to shine #mot #lufc

Would love Ronaldo Vieira to smash it today #lufc

Looking forward to seeing @Ronaldo_Vieira8 play today after all the hype. Go on lad #mot #lufc

Vieira starts in what is Garry Monk’s first competitive game in charge of the Yorkshire based side, as the Whites travel to Loftus Road.

Elsewhere, Monk has handed four new signing debuts but Pablo Hernandez misses as he hasn’t yet received international clearance. New attackers Hadi Sacko and Marcus Antonsson also miss out, having to settle for a place on the bench.

In other Leeds team news, this is the confirmed Whites’ starting line-up to face the Londoners.