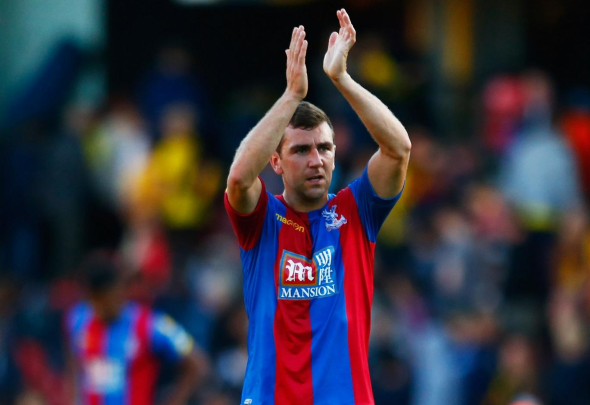 By Richard Parks
Crystal Palace midfielder James McArthur is most likely to be the next Rangers signing, according to a report.
Football Whispers, whose ratings are used by Sky Sports, claim that the Scotland international, 30, is the likeliest new arrival at Ibrox following a blizzard of activity in January.
Glasgow-born McArthur has been a regular for most of the last three-and-a-half years at Palace since joining for £7.9million from Wigan in 2014.
The 32-times Scotland international has made 24 appearances for Roy Hodgson’s side this season, scoring an impressive five goals from his central midfield position.
McArthur has been the matchwinner for the team on a few occasions recently, including in Premier League wins against Southampton and Watford.
Football Whispers, which gathers all transfer rumours across the globe and calculates the likelihood of them happening, rates it 2.7 out of five that McArthur will join Rangers, with five the highest possible ranking and meaning it is a certainty.
He is rated first among players to transfer to Ibrox in the summer, placed ahead of the likes of Swansea City centre-back Kyle Bartley and former England striker Darren Bent.
McArthur started his career at Hamilton Academicals and made 147 appearances for the club before moving south of the border to Wigan Athletic.
In other Rangers transfer news, it can be revealed that a key first teamer has sensationally asked to leave after the board failed to stick to their promise of giving him a new deal during the transfer window.
Don’t miss out on breaking and exclusive Rangers news by clicking here for our brilliant 24/7 updates on Facebook, Instagram and YouTube.