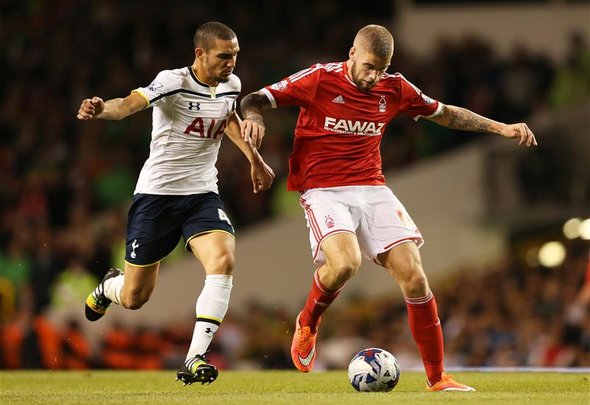 Celtic are closely monitoring Nottingham Forest striker Lars Veldwijk after their midweek humiliation, according to a report.

The Nottingham Post claim that the Scottish giants are considering a move for Veldwijk, who has returned to Forest for pre-season after spending last season on loan at Eredivisie side PEC Zwolle.

The 24-year-old impressed last season in the Dutch league, scoring 14 goals in 35 appearances, and has an outstanding career strike rate of 70 goals in 145 matches.

Howver, he has not been able to hit the heights of the 2013/14 season, when he scored 34 goals in 42 league games for Excelsior Rotterdam.

Veldwijk signed a three-year contract when he moved to the east Midlands in 2014 but has yet to score single Forest goal.

After making just 11 substitute appearances for Forest in his first season with the club and a season long loan the following year, it is said that Celtic believe he could be prised away from the City Ground this summer.

Brendan Rodgers got off to the worst possible start as Celtic manager on Tuesday night when they suffered the humiliation of a 1-0 defeat to semi-professional side Lincoln Red Imps.

Celtic fans are in desperate need of some good news following their Champions League first-leg defeat, which prompted club legend Frank McGarbey to brand the side as the worst team to ever wear the shirt.

They will have a chance to save the tie in the return leg at Celtic Park and carry on through qualification to make the Champions League group stages.

The Scottish giants have already secured two strikers in this window, with Moussa Dembele and youngster PJ Crossan augmenting an attack led by Leigh Griffiths, who scored an impressive 40 goals in all competitions last season.

In other Celtic transfer news, Rodgers has named who he thinks should get the vacant England position.