Darren Bent has urged Everton to “brush off” their winless record without Richarlison as the run continued against Newcastle United on Sunday.

Speaking exclusively to Football Insider assistant editor Russell Edge, the former England striker has insisted that the Brazilian is not an irreplaceable “game-changer” and compared the statistics to Gareth Bale’s torrid start to life at Tottenham.

As quoted by the Guardian ahead of Sunday’s clash, Ancelotti alluded to the Toffees’ record without the 23-year-old in the side, which has seen the club fail to win in any of the games he has missed since joining.

The run continued at St James’ Park as two Callum Wilson goals were enough to seal a 2-1 victory for Newcastle.

However, Bent insists that the squad should be able to cope without the currently-suspended forward and that their record without him is just a “weird” statistic.

Bent told Football Insider: “It’s one of those stats that you’ve got to be able to brush over because yeah, I think he’s a very good player, Richarlison, but I wouldn’t say he’s a game-changer.

“He can be at times but he’s not a consistent game-changer like someone like Rodriguez, since he’s come in, I wouldn’t say that.

“He’s performed very, very well for them but when you think of the start of the season, you’d think Calvert-Lewin, Rodriguez and then him, probably. They do rely on him, for Everton it is about squad depth. 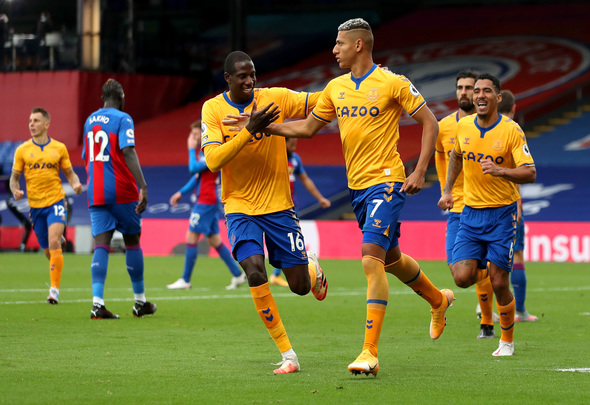 “With Richarlison, he toes the line a bit too much, a bit reckless in the challenge, a little bit wild but you can’t doubt his ability. I wouldn’t say Everton can’t cope without him, that’s just one of those stats that’s a bit surprising.

“Gareth Bale, that was another weird one but look at what happened when he started winning games.”

In other Everton news, the Toffees have been dealt some “great news” after player reveal.