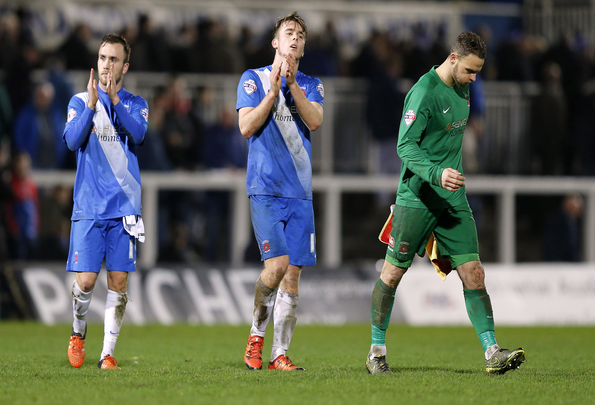 Motherwell goalkeeper Trevor Carson has spoken of his disappointment after a move to Celtic in the January transfer window never materialised.

The Fir Park side were reported by the BBC to have turned down two offers from the Hoops for the 30-year-old Northern Irishman, with the Bhoys eventually signing Scott Bain from Dundee instead.

Whilst Carson is still annoyed that his move to the Scottish champions never happened, he has admitted that knowing that the Hoops were interested in signing him has given the shot stopper plenty of confidence for the rest of the season.

“It was a massive disappointment that it didn’t happen at the time because you think it might be a once in a lifetime opportunity. I might never get the chance again to play for a club like Celtic, who knows?” Carson said, as quoted by the Daily Record.

“Two months later I’ve taken all the positives out of it, it’s helped boost my profile and I’m a stronger person for it. When someone like Brendan Rodgers is interested in you, you’ve got to be flattered about it.”

Carson has went on from strength to strength with Motherwell, leading them to a Scottish Cup semi-final against Aberdeen in April, whilst Bain was one of the heroes of the Hoops’ recent 3-2 win over Rangers.

It seems unlikely that the Hoops will make another move for Carson in the near future, so it is easy to see how annoyed he was that the transfer never happened. The move could end up benefiting the Bhoys in the long run though, as Bain, the player signed when the bids for Carson were rejected, has been a revelation so far for the Hoops. At 30-years-old, Carson might have been a short term fix, but with Bain they might have finally have decent competition, as well as a long-term replacement, for Craig Gordon. Maybe in a few years time if Carson is still playing at a high standard then the Hoops may make another bid for the player, but at the moment both the Hoops and Motherwell are likely to be satisfied with their goalkeeping situations.

In other Celtic news, the Hoops are set to offer Ryan Christie a new deal