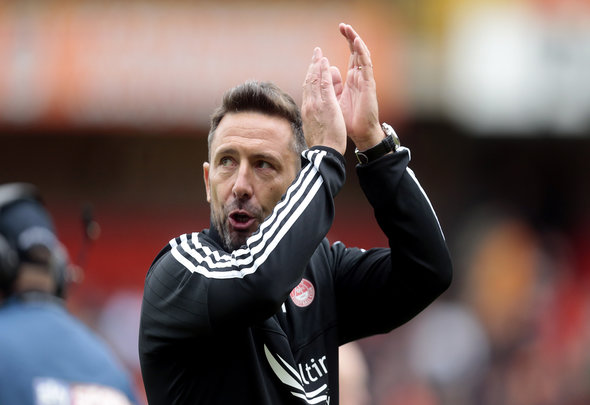 Derek McInnes has confirmed that he wants to try and make Ryan Christie’s move to Aberdeen a permanent one, but that it is up to the player and his current club Celtic to decide what he does with his career.
Christie is coming towards the end of an 18 month spell at Pittodrie, having move there for the second-half of last season then agreeing to return on a year’s loan as part of the deal that took Jonny Hayes to Celtic.
The 23-year-old attacker has impressed at Aberdeen this season, scoring seven goals as the Dons battle it out with Rangers for second place in the Scottish Premiership.
McInnes has now confirmed that there is a plan in place for Christie to return to Celtic in the summer while raving about the “brilliant addition” he has been at Pittodrie.
“The plan is for Ryan to go back to Celtic at the end of the season but if we are told any different then of course I would like the opportunity to work with him again,” McInnes said, as quoted by the Scottish Sun.
“It is Celtic’s and Ryan’s call. He has been a brilliant addition to us in his loan spells.”
Christie originally joined the Hoops in 2015 from Inverness, but various loan moves and injury problems have limited him to only 11 appearances for the Bhoys in his time at the club.
He may finally get his chance for the Hoops next season, as the Bhoys are set to begin their Champions League qualifying campaign – should they win the league – in July, if not then he and the Hoops boss will have to decide where his future lies, and it wouldn’t be a complete shock if Christie spent more time out on loan.
In other Celtic news, Scott Sinclair’s decline began with a poor performance against Rangers
Don’t miss out on breaking and exclusive Celtic news by clicking here for our brilliant 24/7 updates on Facebook, Instagram and YouTube.