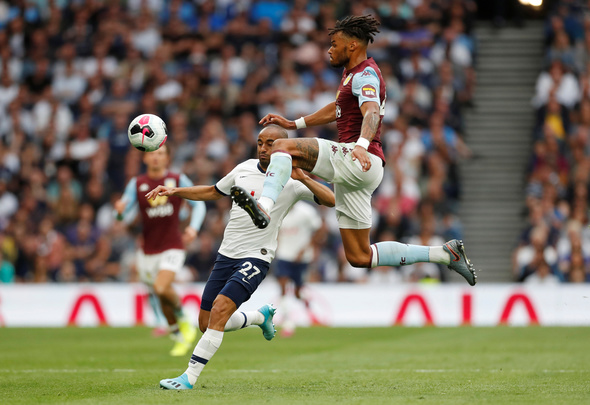 Noel Whelan has questioned the concentration levels of Aston Villa defender Tyrone Mings after his side’s opening-day defeat to Tottenham.

The former Leeds striker, speaking exclusively to Football Insider, says that the Villans’ defence was “battered” by the Lilywhites after an impressive opening 45 minutes and that the pressure finally took its toll.

Having taken the lead through John McGinn, Villa boss Dean Smith saw Tanguy Ndombele and Harry Kane score against his side, consigning them to a 3-1 defeat on their return to the top flight.

Whelan says that Mings, who made a mistake which led to Spurs’ second goal, was severely tested both physically and mentally and questioned whether his concentration levels slipped somewhat.

Asked about Mings’ performance, Whelan told Football Insider: “I guess when you’ve been absolutely battered for about an hour of the game and balls are coming in the box, concentration can tell.

“I thought the first-half display was very good but that can only last so long against teams who know how to unlock the door and when you’ve got a striker like Harry Kane as well.

Mings turned his loan spell from Bournemouth into a permanent move this summer, having played a massive role in the Villans’ play-off success last season.

He was partnered alongside new Villa defender Bjorn Engels at the heart of the defence, the likes of Kortney Hause, James Chester and Ezri Konsa all waiting in the wings as centre-back options.