Noel Whelan has hailed the decision to refund Leeds United season ticket holders for the games they will not be able to attend due to the Coronavirus pandemic.

The former Whites forward, speaking exclusively to Football Insider correspondent Dylan Childs, claimed the announcement shows, for the first time in a long time, that the club is being run in “the right way”.

The club released an official statement last week reassuring season ticket holders that refund and club credit options were being worked upon.

The UK government announced that professional sport can return from 1 June but only without fans.

The Championship is now targeting to restart behind-closed-doors from 12 June with players to return to training in small groups from 25 May.

When asked by Football Insider for his reaction to the club’s stance on season tickets, Whelan said: “Absolutely brilliant. For the first time in a long time, we have a very honest chairman and the club is being run in the right way.

“Everyone knows what difficult times we are going through, people are on furlough leave, people have lost jobs and are struggling for money.

“For the club to see that the money that has come in might be better off back with the people, to help them pay bills and mortgages, is fantastic. We have got the right people behind the scenes.

“A lot of fans do not even want their money back! They want it to be put towards next season.

“We have got a great set of passionate fans and a fantastic owner that realises that every penny counts to families at the moment.” 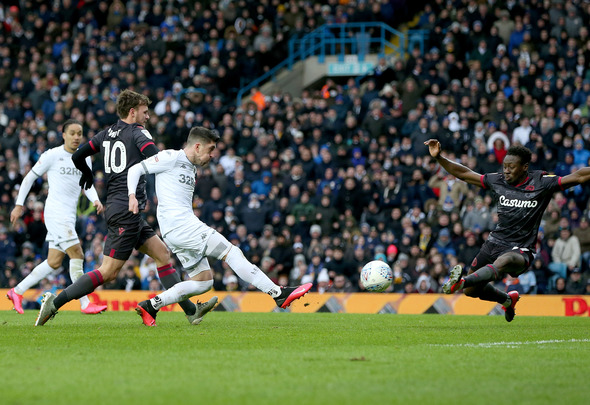 Whites are set to miss out on home fixtures against Fulham, Luton Town, Stoke City, Barnsley and Charlton.

Seven wins from Leeds’ remaining nine games would secure a first return to the Premier League since 2004.

In other Leeds United news, it can be REVEALED that Bielsa is expected to sign new deal.