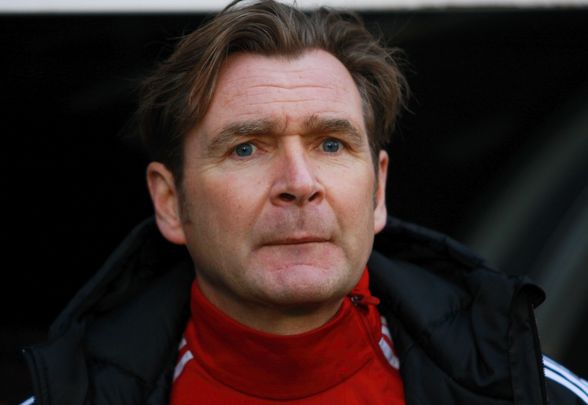 Former Celtic star Peter Grant has claimed that Alan Pardew would be interested in replacing Pedro Caixinha as Rangers manager after the Portuguese was sacked last week.

According to the Daily Mail, Pardew has apparently made the Gers aware of his interest in taking over at Ibrox.

Rangers sacked Caixinha last Thursday only seven months into a three-year contract after the Gers slipped to fourth in the Scottish Premiership.

The 56-year-old has been working as a pundit since leaving Crystal Palace in December 2016 and Grant – who worked with Pardew at Reading and West Ham – believes the former Premier League boss would do a good job at Ibrox.

“Absolutely, I think he would,” Grant said when asked if Pardew would be interested in the Rangers job, as quoted by the BBC.

“Fantastic man. I thoroughly enjoyed my time [at West Ham]. I loved working with him and the only reason I left was because I got the opportunity to manage Norwich.

“We had some wonderful players at the club, Tevez, Mascherano, Sheringham, and I saw very close hand how he handled top quality players.

“He did that exceptionally well and I’ve got great respect for him as a manager.

“He’s got the skin of a rhino and you need that to be the manager of Celtic or Rangers.”

Derek McInnes is the bookies’ favourite to replace Caixinha at Ibrox after being passed over for the job seven months ago.

The 46-year-old has led Aberdeen to three successive second-place finishes in the Scottish Premiership and guided the Dons to their first trophy in 20 years when he lifted the Scottish League Cup in 2015.

Grant spent fifteen years as a player with Celtic before joining Norwich City in 1997.

Since retiring as a player, Grant has built a strong reputation as a coach in England and even had a short spell in charge of Norwich.

Agbonlahor Exclusive: This may be Real Reason for Ryan Kent’s Rangers slump