Alan Hutton insists he understands why Neil Lennon is “absolutely raging” after the Celtic line up was leaked ahead of Saturday’s derby against Rangers.

As quoted by the Scottish Sun, Lennon accused “someone within the club” of leaking the Hoops’ team news ahead of the crunch clash between the Glasgow rivals.

The Hoops were missing a number of key players and started with young centre-back Stephen Welsh at the heart of their defence.

Hutton believes that Rangers had time to make use of the leaked information and admits he would be fuming if he was in Lennon’s shoes.

Hutton told Football Insider: “It’s a disruption, that’s what it is. The problem is, I’ve played in Scotland teams and the day before every single Scotland game, the team was announced in the paper.

“It happens, people have loose lips, they talk to people and all of a sudden it’s out. It doesn’t surprise me, I know I would be raging as a manager, he’s obviously raging and it can be early enough that the opposite team can look at it, make plans for it.

“They could have looked at it and said: ‘There’s a young boy playing at centre-half, let’s target him, get in behind him.’ It was early enough to make decisions like that. 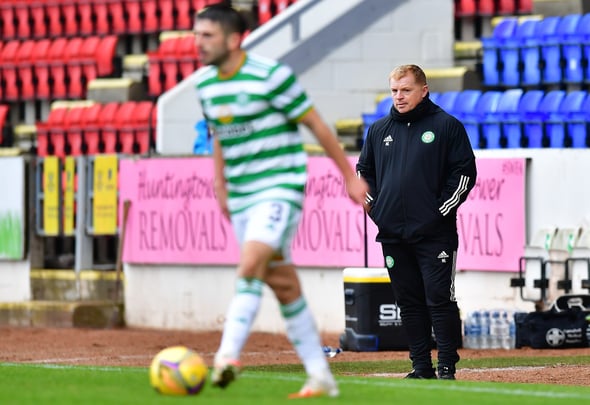 Lennon told the Scottish Sun: “It’s not great. Somebody within the club is doing us in, basically, and that’s disgusting. We’ll try to get to the bottom of it.

“I keep talking about a sense of privacy around our club and it just doesn’t seem to be the case with some people.”

In other Celtic news, Frank McAvennie has been left fuming over a “messed up” development at Parkhead.