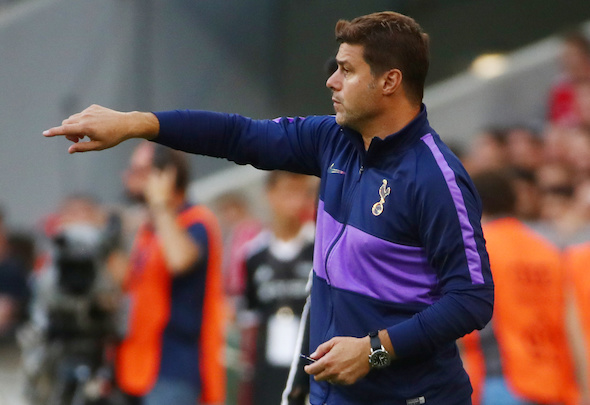 Speaking exclusively to Football Insider, the former Leeds and England defender says that he expects the Argentine boss to reinstate Jan Vertonghen into the starting XI and reform the partnership between him and Toby Alderweireld at the heart of the defence.

Vertonghen was left out the side completely for the opening-day match against Aston Villa, Sanchez partnered alongside Alderweireld in their 3-1 victory.

However, Mills has suggested that the Belgian’s absence was due to a minor fitness issue and that he will be back among the side to try and stop reigning champions City at the Etihad Stadium.

Asked if he expected Vertonghen to return to the starting XI, Mills told Football Insider: “Yeah, I think he will be. He missed the start of the season probably down to a little bit of lack of fitness or sharpness.

“Big player, fabulous partnership with Toby Alderweireld, offers a lot going forward, driving into the midfield. I’d be surprised if he doesn’t come back into the team (for Davinson Sanchez).

“The partnership they have, the experience they have in a big game like this is absolutely vital.”

Sanchez, a 22-cap Colombian international, was in and out of the side last season, playing a total of 37 games across all competitions, 23 of those in the Premier League.

Much of his game time came due to hamstring problems suffered by Vertonghen, who only managed 34 games in both the league and cup competitions.

In other Tottenham news, Darren Bent has told Football Insider there will be a queue building for a senior Spurs star after Mauricio Pochettino’s admission.