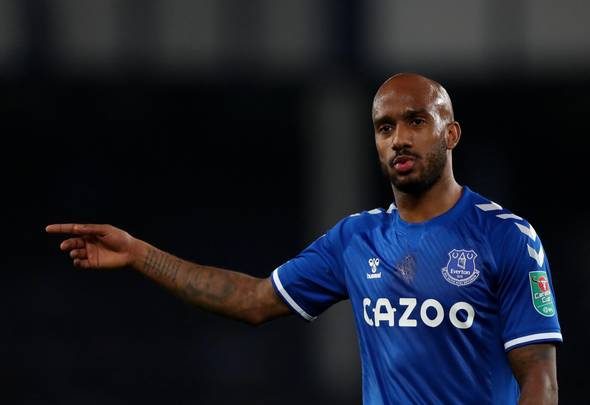 Fabian Delph’s return to training next week will give Everton a big boost, according to Gabby Agbonlahor.

Speaking exclusively to Football Insider, the ex-Aston Villa and England striker claimed Everton’s season is threatening to “fizzle out” after their 0-0 draw with Brighton on Monday night made it four Premier League games without a win.

Carlo Ancelotti revealed ahead of the game to the Liverpool Echo that Delph is set to return to training at Finch Farm next week.

The Italian said of Delph’s injury struggles: “We are sad for this because Delph I think in this situation could help us with his experience, with his knowledge, with his ability.”

The 31-year-old has not featured for the Toffees’ since he managed just 29 minutes of their draw with Burnley at the beginning of December.

Everton are short in midfield with Abdoulaye Doucoure, Allan, Andre Gomes and Jean-Phillipe Gbamin all struggling with injuries in recent weeks.

Ancelotti was forced to field defender Mason Holgate in midfield during their bore draw on the south coast.

Asked whether it was a boost to have Delph returning soon, Agbonlahor told Football Insider correspondent Connor Whitley: “100%.

“With his experience and he’s a very good player.

“Everton looked very poor on Monday night. Their season is going to fizzle out if they’re not careful.

“For me, it’s great to have Delph back, I know him very well.

“Hopefully he can get back into that midfield and help the team get some more wins before the end of the season.”

Monday’s result left Everton four points off the top six although they have at least one game in hand over those above them.

They have six games left to play including vital fixtures against Tottenham and West Ham.

In other news, a 29-year-old will leave Everton next month and a European giant have readied a huge offer.