Nuno Espirito Santo needs to ditch his experiment with a back four to save his job at Wolves, according to Gabby Agbonlahor.

Speaking exclusively to Football Insider, the ex-Aston Villa and England striker blasted the Midlands giants for their “boring” football and “awful” points tally this season.

Espirito Santo’s time at Molineux has been defined by a back five but he has experimented with a back four this season.

However, with four in defence, they shipped three goals in the first half as they fell to a 3-2 defeat to West Ham on Monday night.

And Agbonlahor has backed them to ditch the system and revert back to their usual back five.

“You watch them and they can’t play unless they’re playing five at the back because their centre-halves aren’t good enough to play as a four.

“They’re very boring when they play five at the back as well.

“You can see the manager’s tried to change it by playing four at the back against West Ham but their centre-halves couldn’t manage it and they lost.

“I’m sure he’ll revert back to five at the back and they’ll become boring again.

“Maybe the loss of Jimenez has been massive but still with the players they’ve got they’re underachieving. 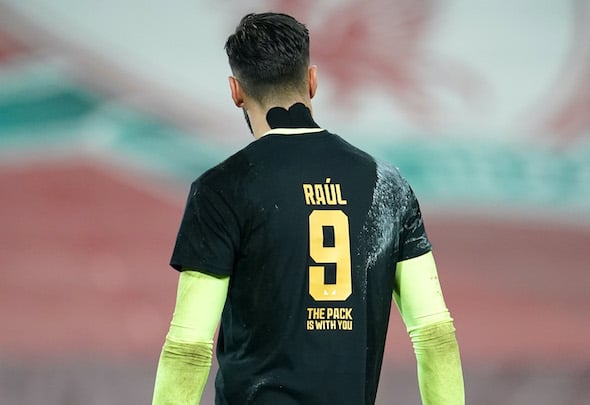 “We all praised Nuno Espirito Santo for what he’s done at Wolves but maybe it’s time for him to wake up and start motivating players to play better because they’re in bad form.

“They’re on 35 points which is an awful amount of points for the players they’ve got.”