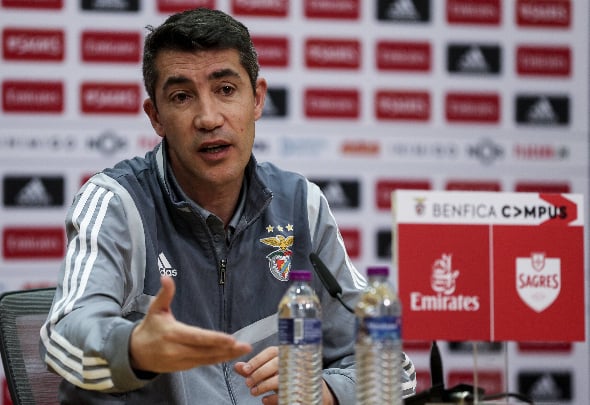 Gabby Agbonlahor has backed Wolves’ plan to appoint Bruno Lage as their next manager.

Speaking exclusively to Football Insider, the ex-Aston Villa and England striker insisted it is vital the club appoint a Portuguese coach.

Football Insider understands Wolves are in talks with Lage and are expected to offer him the chance to succeed Nuno Espirito Santo after talks this week.

After four seasons at the club, this Sunday will be Nuno Espirito Santo’s final game in charge of Wolves.

However, an announcement may be delayed as the plans to appoint his backroom staff have hit a stumbling block.

Lage’s backroom staff will need to acquire a “performance manager” visa thanks to new Brexit rules.

They need a degree and five years’ experience in bands one to five or at international level.

Bands one to five covers the top five European leagues.

Lage, 45, is a client of superagent Jorge Mendes and left his job as Benfica boss last June.

Asked whether Lage is the right candidate to take over Molineux, Agbonlahor told Football Insider correspondent Connor Whitley: “100 per cent.

“With so many Portuguese players you can only see a Portuguese manager.

“That’s the only thing I can see happening there.

“I’m sure they’ll be searching through candidates with the help of Mendes and looking for the best Portuguese manager to take this team on.

“They’ve got so many Portuguese players I think that’s the only option for Wolves.”

Espirito Santo announced his departure from the club days before the season ended last weekend.

He spent four years in charge of the Midlands outfit and guided them to the Europa League quarter-finals in the 2019-20 campaign and a 13th-place finish this season.

In other news, Wolves are in pole position to sign a Mendes client after talks get underway.