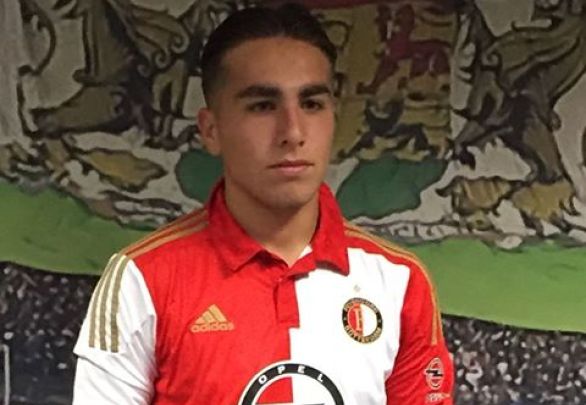 Tottenham and Everton are set t go head-to-head for Feyenoord wonderkid Ozancan Kokcu, according to his agent Muzzi Ozcan.

As quoted by Yahoo Sport, Ozcan revealed to Yahoo reporter Emre Sarigul that offers from England, Holland and Germany had been received for the 18-year-old but competition remains rife.

Agent Ozcan revealed that Spurs are in pole position as they are more keen to sign the versatile attacker, but clubs from Germany and Holland are also interested.

“We have serious offers from England, Holland and Germany,” Ozcan said.

“Tottenham, Everton and clubs in Germany are speaking to him, Spurs are pursuing the contract the hardest. In the coming weeks we will decide his future.”

Kocku, who can play out wide, as a number 10 or up front, has just six months left on his Feyenoord contract, which has alerted both Tottenham and Everton.

Although yet to make a senior appearance with the Dutch giants, Kocku has starred for their Under-19s side this term, and scored twice in 15 league and cup appearances.

Toffees boss Ronald Koeman will be looking to use his connections at former side Feyenoord to strike a deal, while Spurs will be hoping their record of bringing through youth tempts Kocku.

Although a complete unknown at such a young age, interest in the youngster is rife, and Tottenham especially seem very keen to land the youngster. Feyenoord want to keep him but with less than six months left on his contract it looks like he’s set for a summer move. Both Tottenham and Everton have excellent reputations for bringing youth through into the first team, which will give Kocku the best chance of taking his development to the next level. However, extensive scouting must be completed by both clubs before confirming a deal. Kocku has the potential to have a top-flight career in Europe, but moving to the Premier League at such a young age could halt his progress as first-team football must be nearly on the horizon.