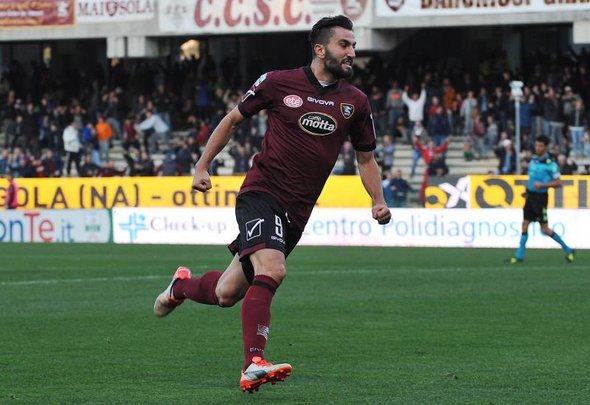 Leeds’ forward target Massimo Coda is available at £2.5million, according to the player’s agent.

Coda’s agent, Beppe Gall, has told Italian outlet TuttoMercatoWeb that his client is in demand and Italian second-tier club Salernitana want £.2.5million for the striker.

“I think there were two or three requests but Claudio Lotito [Salernitana’s owner] wants £2.5million,” Gall said. “I am happy with the requests because it means Coda is being noticed.”

Italian outlet SoloSalerno reported last summer that Coda was a strong target for Leeds, but no official request had been made.

It was reported that owner Massimo Cellino was interested in signing the striker for the Yorkshire club.

Coda is currently playing in Italian’s second division with Serie B side Salernitana, who are currently 12th-placed in the table.

The 28-year-old has made 22 appearances across all competitions this season, scoring nine goals and supplying three assists.

The Italian forward has spent most of his career in his homeland and is enjoyed his most prolific spell with current club Salernitana, making 65 appearances for them and scoring 26 goals in return.

Leeds should be looking elsewhere for a back-up to Chris Wood in January and manager Garry Monk would be better served looking at players who know the English division. Coda is impressing in Italy this season and has proved he knows where the goal is, but has never been tested in England before. The Whites certainly need to add another forward options in January as they are lacking options in attack, but Coda would be a huge risk to take. The 28-year-old has been unable to make a big breakthrough in Italy and that says a lot. Free agents like Robbie Keane or Carlton Cole would be much better options as they are experienced players and know how competitive English football is.

In other Leeds transfer news, the club are closing in on a new signing who will cost in the region of £3million.