Noel Whelan has ripped into Kristoffer Ajer for his attitude at Celtic following Neil Lennon’s exit.

Speaking exclusively to Football Insider, the former Aberdeen striker and self-confessed Hoops fan insisted the 22-year-old had let his former manager down this season.

The Bhoys, who were chasing a 10th successive league title, currently sit 18 points adrift of Rangers.

As well as on-the-pitch problems, the Northern Irishman had to deal with off-field issues this season.

Lennon confirmed he was faced with wantaway players both last summer and in the January transfer window.

Football Insider revealed last August that Ajer was among the Parkhead stars looking to fashion an exit.

With Lennon gone, Whelan has ripped into the Norway international for his attitude this season.

“This season there have been too many whingers wanting to leave the club that has just won the Premiership, by the way,” Whelan told Football Insider assistant editor Russell Edge.

“They’ve just won the Scottish Premier League and they’re wanting to leave. Are you kidding me?

“They should be players – and I’m talking about Ajer – who should be wanting to retain it, fight and be that leader.

“But no. Instead they want to take money somewhere else and feel that they’ve done their job. You haven’t done your job, you’ve got a contract. Simple as that.

“You abide by it, you show your leadership qualities and that fight for the football club that is paying your wages rather than stealing it.” 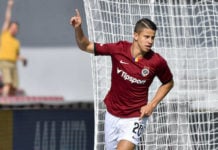