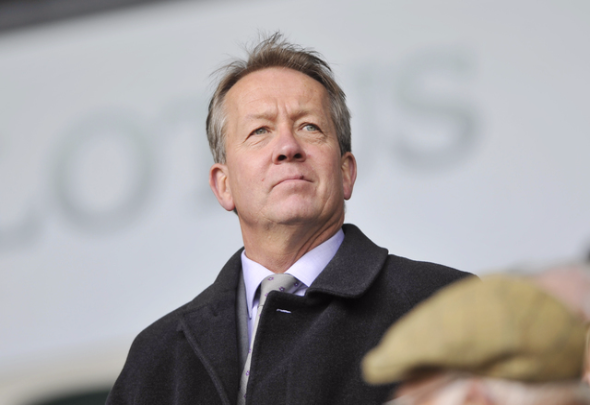 The 23-year-old delivered a mouth-watering display for Tottenham against Leicester on Thursday night, scoring an incredible four goals as the visitors recorded a 6-1 victory.

Kane has scored 26 goals from 29 appearances in the Premier League this season, and his four-goal haul against the Foxes saw him jump to the top of the league’s goalscoring charts.

He now heads into Sunday’s final day clash with Hull as the favourite to win the Golden Boot award, having scored 22 goals to win the accolade last season.

But former Premier League manager Curbishley believes that the England international is ‘fooling’ goalkeepers with the speed of his shooting, whilst delivering a glowing verdict of his talents.

He told the Premier League Daily Show on Sky Sports on Friday: “I think some of the shots he gets off, he hits them so quick. When he gets in a shooting position, I think most goalkeepers are fooled by the fact he hits it so quick.

“It’s something that he’s practiced so hard on over the years, with the power in his shooting, in both feet as well. He comes up with different goals, he’s not just a one-trick pony. He’s also a team player.

“It’s a great asset to have someone like him in your team. It’s not just about the goals he’s scored, it’s the way he competes in all areas, he’s a team player, he’s fantastic in the dressing room.”

Kane’s remarkable goalscoring exploits against Leicester means he also becomes the first player to score four hat-tricks in a season for Tottenham since Jimmy Greaves during the 1968-69 season.

He is also only the second player this season to score four goals in the Premier League, joining goalscoring rival Lukaku in the exclusive club.

Son Heung-Min netted the other two goals for Tottenham during their emphatic victory at the King Power Stadium, with Ben Chilwell pulling back a mere consolation goal for the home side.

In other Tottenham news, Jamie Carragher believes this is the player that Tottenham are currently lacking.