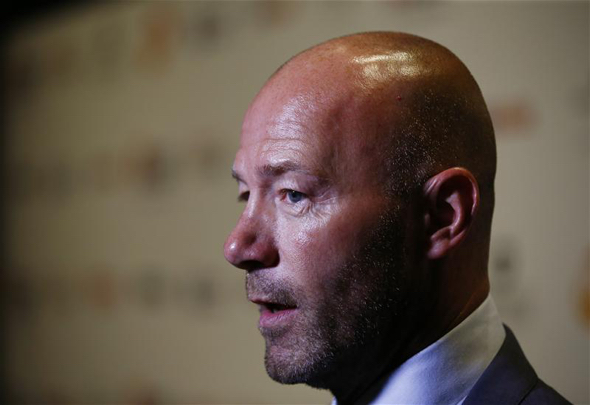 Newcastle United legend Alan Shearer has blasted the club’s current owner Mike Ashley as the Magpies prepare themselves for a potential takeover saga.

The club announced on Monday, via a statement released by St James Holdings Limited, that they had officially been put up for sale.

Recent days have seen several reports about potential investors, with the Chronicle stating that four parties had signed non-disclosure agreements to proceed with discussions over purchasing the club.

Reuters claim that international financier Amanda Staveley was readying a £300million bid, with a further £150million worth of investment for the transfer market, while the Shields Gazette reported that Russian billionaire Mikhail Prokhorov has held long-term interest in the developments on Tyneside.

Now, Toon icon Shearer has had his say on the potential sale of the club, and has attacked Ashley for his running of the north east giants.

Writing on his blog for betting agency Coral, available on their website, he said: “I have heard some people say we have to be careful what we wish for, however, at the moment we are a stale football club.

“Newcastle fans don’t expect to be challenging for the Premier League. All they want is to feel their side can and wants to compete. Simply treading water with no ambition is not fair on their loyalty.

“We have an owner who does not want to be there and does not understand this football club. He is not prepared to spend his own money and invest in the team.

“Ashley seems to enjoy antagonising the fans and going against what the club stands for, so the fans have every right to be delighted by this news.”

The Sports direct supremo has been at the helm of the club for a decade, having become the majority shareholder after buying out Freddie Shepherd and Sir John Hall back in 2007.

However his reign has been a tumultuous one, having seen a fifth placed finish in the top flight, two relegations and several decisions which has seen him vilified by members of the Toon Army.

In other Newcastle United news, Mark Lawrenson has given his prediction for the club’s clash with Crystal Palace on Saturday.