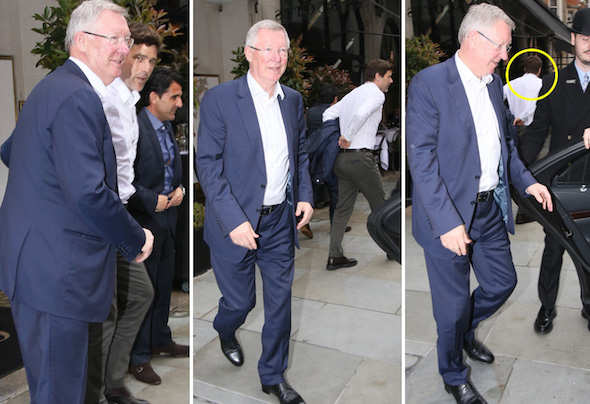 Sir Alex Ferguson urged Manchester United to hire Mauricio Pochettino as their manager this summer, according to a report.

The Telegraph claim the Tottenham boss was Ferguson’s “first choice” to replace Louis van Gaal when he was sacked at the end of last season.

United subsequently hired Jose Mourinho as their new manager on a four-year contract, while Pochettino signed a five-year deal with Spurs.

The 44-year-old Argentine has emerged as one of the most in-demand young managers in the world after transforming the fortunes of Tottenham.

Pochettino guided the Londoners to a third place finish last season and they have carried on where they left off this season by rising to second in the league after beating Manchester City 2-0 last weekend.

By contrast, United are in sixth position and four points behind Spurs.

Ferguson, who is widely regarded as the greatest manager in British football history, remains a hugely influential figure in the game and is also a United director.

He was spotted having lunch with Pochettino and his Spurs assistant Jesus Perez towards the end of last season.

Photographs in The Sun caught the Tottenham manager and Manchester United director outside swanky Scott’s restaurant in the West End.

There were claims that Ferguson could be using his influence to try to convince Pochettino to leave north London, although it was subsequently said the lunch was arranged because there is mutual admiration from both sides and that Tottenham were also aware of the talks taking place.

“They have a bad record of managers, there is no doubt about that. They have had so many over the years, but this lad has composure.

“You never see him ruffled and the way his team play is a testimony to the work he is doing.”

In other Tottenham news, Graeme Souness has claimed Pochettino has got lucky at both Spurs and former club Southampton.