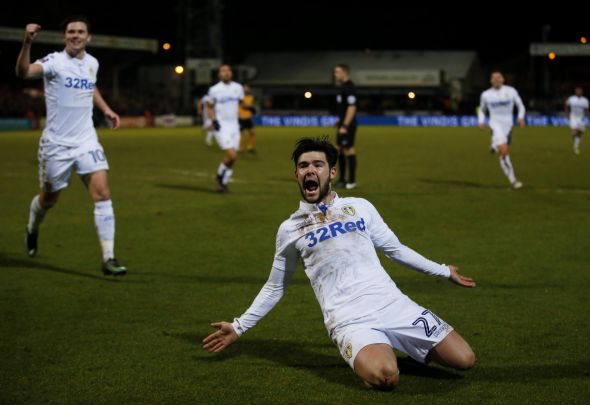 Former Leeds midfielder Alex Mowatt has shared that he left Leeds in January for Barnsley due to his lack of playing time at the Yorkshire giants.

The 21-year-old Leeds academy product made a switch across Yorkshire to the Tykes in the winter for a fee believed to be around £600,000.

It caught many by surprise as he was still seen as an up and coming player in Garry Monk’s team.

However, he has shared on Thursday morning that he left in an attempt to find more playing time with Paul Heckingbottom’s team.

“Yeah I was on the bench and getting on every now and then,” started Mowatt speaking to BBC Radio Sheffield about his time at Leeds.

“But, it’s not really what I wanted at my age and at this point in my career, so I felt that it was time to move on.”

Mowatt broke into the Leeds first team in a 3-1 victory over Doncaster in the League Cup in 2013.

He went on to feature in 125 matches for the famous side, bringing a return of 13 goals and 13 assists.

He was a regular feature in the team for the last two seasons, playing in 72 league matches across the two Championship campaigns.

However, under Monk he had started just four league games with the emergence of Ronaldo Vieria alongside summer signings Liam Bridcutt and Eunan O’Kane limiting his game time.

His start at Barnsley did not go as he would wanted after receiving a straight red on his debut against Wolves, but he will be looking to make his first start for the side since with promotion chasing Huddersfield coming up on Saturday.

In other Leeds news, here is the best combined team between the Whites and Saturday opponents Sheffield Wednesday.