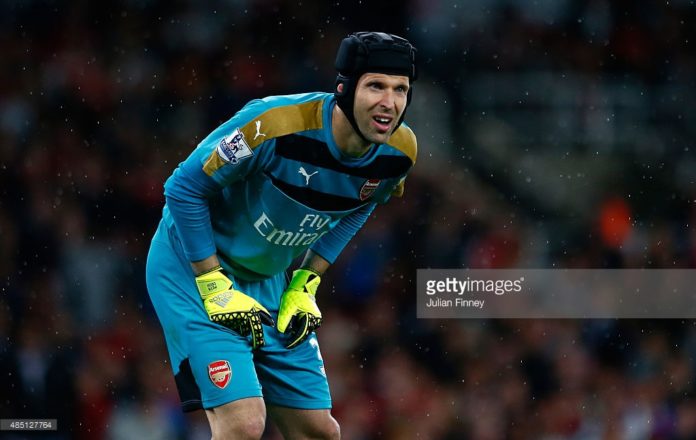 By London correspondent Tony Hughes
Alexis Sanchez looks well short of top fitness, Christian Benteke’s finishing does not match his hold-up play and other things we learned from Arsenal 0 Liverpool 0.

Alexis Sanchez is still short of full fitness
By the standards of one of the Premier League’s finest players, this was a laboured display. He hit the post from close range when he should have scored and lacked his usual zip and pizzazz. The Chilean was red-hot for so much of his debut season but there has been a tepidness to his early 2015/16 performances. This is unsurprising gives the rigours of a busy summer which peaked with Chile edging Argentina in the Copa America final. The physical and mental exertions of reaching the south American Everest has taken its toll even on a player labelled as ‘hyperactive’ by his manager Arsene Wenger. Sanchez looks only half fit and it says much of Wenger’s faith in Theo Walcott that he has started with the Chilean in Arsenal’s last two Premier League games when it surely would have been more sensible to phase the No17 into the new campaign more gradually. The sharpness will come back soon enough and so will that edge that makes him such a fearsome opponent. Liverpool will be glad they got him on a quiet night.

Calum Chambers is far from the finished product
When he made such a smooth start to his Arsenal career 12 months ago, full international recognition swiftly followed for Chambers. He was regarded as a huge talent who could be fast-tracked to the top. The downhill slide has been as rapid as the uphill climb for the £16million signing from Southampton. He had some horrible performances in the middle of last season before disappearing from the first team altogether and his return at centre-back, in alliance with Gabriel due to the absence of regular pair Per Mertesacker and Laurent Koscielny, was initially alarming. Chambers was all over the place in first half as he failed to handle the hold-up play of Benteke and the darting trickery of Philippe Coutinho. He settled down after the break but this performance showed why Chambers is the fourth-choice centre-back and the third-choice right-back. Still only 20, he has time on his side to learn. But it is clear Chambers is far from the finished product.

Rodgers is prepared to grind out results
The flair and fantasy of the Luis Suarez-led Liverpool team that so nearly won the 2013/14 title felt an awful long time ago as Rodgers once again set up his team to be hard to beat. The formation was ostensibly 4-3-3, with Philippe Coutinho and Roberto Firmono flanking Christian Benteke, but was most definitely a 4-5-1 when Arsenal were in possession, which was most of the time. Rodgers sprung a surprise by starting outcast Lucas Leiva in the midfield anchorman role and the Brazilian slotted in impressively just behind James Milner and Emre Can. It was a solid and sensible gameplan. And did the job. Expect plenty more of that from Liverpool this season.
Francis Coquelin is one of Arsenal’s most important players
Had it not been for the 24-year-old, Liverpool could easily have turned their dominance in the 15 minutes before the break into at least one goal. Amid several near-misses and a couple of mighty fine Petr Cech saves were two excellent last-ditch tackles from Coquelin that prevented a shot at goal from close range. Arsenal are a relatively quiet team but the Frenchman is forever cajoling, urging and gesticulating. His distribution is also far smoother than, say, Mathieu Flamini if not quite at the level of Mikel Arteta. Coquelin’s presence in the midfield anchorman role gives the Gunners energy, reliability and an excellent communicator. Little wonder he starts every game. He is emerging as one of the team’s most important players.

Christian Benteke’s finishing does not match his hold-up play
Gabriel and Chambers will not forget the night they came up against the Liverpool spearhead for quite some time. Benteke gave the callow centre-back pairing a buffeting with his physical presence and aerial power, particularly in the first half. His hold-up play was excellent and he was neat and tidy in possession. He is also showing a knack for getting in great goalscoring positions but his finishing does not quite match his back-to-goal prowess. When Joe Gomez found the No9 at the far post with a fine driven cross, Benteke only had Cech to beat from a couple of yards. The goal was at his mercy but the shot gave the goalkeeper an opportunity to pull off a save when he should have been taken out of the equation. This follows the close-range volley that Benteke slammed against the crossbar a week ago. He has made a fine start to his Liverpool career but it is clear where he needs to improve.