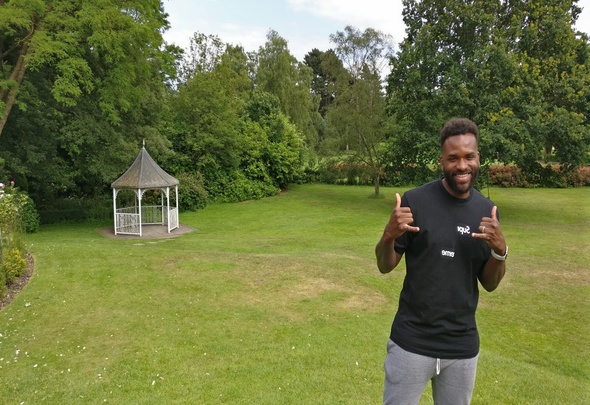 Darren Bent has questioned whether Crystal Palace attacker Wilfried Zaha really wanted to make a move to Everton this summer after seeing a transfer fail to come off over the summer.

The former Aston Villa and England forward, speaking exclusively to Football Insider assistant editor Russell Edge, says that he doubts that the Eagles’ star was totally desperate to swap Selhurst Park for Goodison but that the saga over the transfer window will still be playing on his mind.

Zaha, 26, was said to have been disappointed not to see a deal between the two clubs come off, with the Toffees instead moving for Alex Iwobi from Arsenal.

However, Bent is not convinced that Zaha truly wanted to head to Merseyside this summer but that the whole scenario will still be affecting him during the opening weeks of the new season.

Bent told Football Insider: “He probably looked at Everton, whether he wanted to go there or not I’m not entirely sure he was desperate to go there.

“At the back of his mind, he is probably thinking (about his failed move). How do you come back from that? You say you want to leave, then you don’t leave, you start on the bench, your head’s bound to be all over the place.

“At the minute, he’s not playing like the Wilfried Zaha we know. When it comes to other teams this season, they know he’s their main man. If they can somehow get him out the game, even if it means doubling up on him, they would rather do that.”

Zaha has played in all five of Palace’s Premier League games this season, all but one of his appearances coming in the starting XI, but he has not managed to find the goal or contribute an assist as yet.

Meanwhile, Iwobi has featured three times in the Toffees’ league games, scoring his first top-flight goal for Everton in the 3-2 win over Wolves.

In other Everton news, Danny Mills has told Football Insider that he is baffled by an official statement over one of the Toffees’ first-team stars.