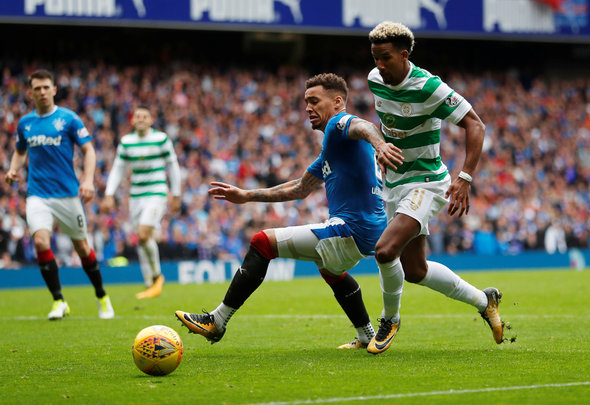 COMMENT
Rangers chief Mark Allen has been making all the right moves this during the January transfer window but will make the biggest mistake of his career if he allows James Tavernier to slip from the club’s grasp.
Football Insider exclusively reveal that the 26-year-old defender is looking at leaving the club and securing a move back to England with several Championship sides keen on snapping him up either this month or when the summer transfer window comes around.
He is set to turn down any contract offers that the club put his way and with just 18 months remaining on his current deal, time is running out for the Gers to decide what to do with a man who is currently one of the first names on Graeme Murty’s team sheet.
The right back is not only a proven performer in Scotland’s top flight but an established member of Rangers’ squad, having been at Ibrox since moving from Wigan Athletic back in 2015, with 121 appearances, 21 goals and 36 appearances under his belt across all competitions.
He has appeared in every one of the club’s 27 matches this season, and his goal and assist record while with the club demonstrate just how valuable he is to the cause and why letting him go would be a catastrophic mistake.
There are few right backs experienced enough and who have shown enough talent to succeed at Rangers’ level that are within the financial brackets for the club to afford, and while Lee Hodson, who is acting as Tavernier’s understudy right now, is a adequate replacement, he is not the same level as his defensive counterpart.
As such, Allen must do all he can to change the defender’s mind and get him tied down to Ibrox sooner rather than later, or January will have to be considered an atrocious month of business, despite seeing five quality players put pen to paper over loan and transfer deals with the club.
In other Rangers transfer news, Barry Ferguson has questioned why the club allowed this attacker to slip through their fingers and join their rivals.