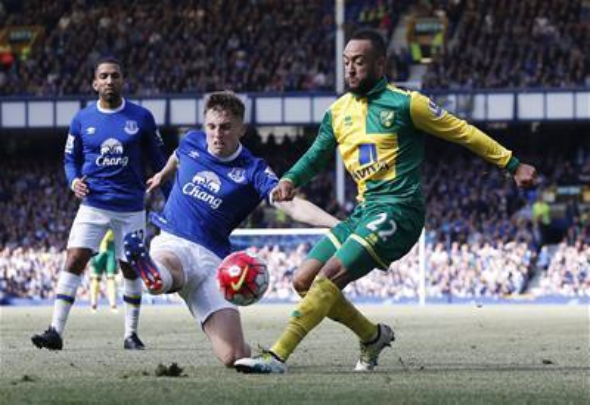 The 20-year-old defender is the only player who has played every minute of Everton caretaker David Unsworth’s games in charge of the club.

Baines has declared himself a fan of the player after he first watched him play for Everton’s Under-23 side.

Speaking to Everton’s official website, Baines said “I’ve been a big fan of Jonjoe for a while, I’ve been watching the Under-23s play and he has always been top drawer for them.

“He’s a leader in the Under-23 group and he steps up to the first team and still has a presence about him which is important.

“His performances have been great, I thought he was magnificent at the weekend, one of the best players on the pitch.”

Unsworth won his first game since taking charge of Everton in the club’s last match before the international break, coming from 2-0 down to defeat Watford 3-2 at Goodison Park.

The win took Everton out of the relegation zone and into 15th place in the Premier League.

The Toffeemen return to action in the Premier League this Saturday with an away trip to bottom of the table Crystal Palace.

At the time of writing Unsworth will still be in charge as Everton have not as yet appointed a new permanent manager.

In other Everton team news, Alan Stubbs is a fan of Michael Keane