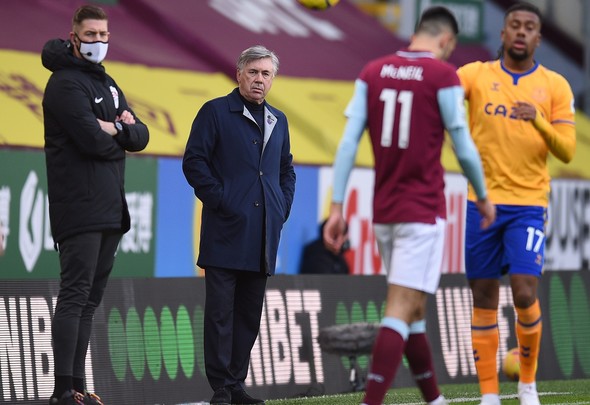 Danny Mills has hailed Everton manager Carlo Ancelotti’s decision to retain a 3-4-3 formation against Burnley despite their 1-0 defeat to Leeds United last weekend.

Speaking exclusively to Football Insider correspondent Connor Whitley, the former Leeds and England defender delivered his verdict as the Toffees came from behind to earn a 1-1 draw with the Clarets on Saturday.

Ancelotti made two changes from the defeat to the Whites with Yerry Mina replacing Mason Holgate at the heart of his defence and Fabian Delph replacing Tom Davies at wing-back.

With Delph on the left, it meant Alex Iwobi lined up at right wing-back, the third consecutive game he has played in a more defensive role.

Asked by Football Insider how he felt the Nigerian had adapted to his new position, Mills said: “In the first game against Fulham, Iwobi did very, very well.

“It’s always hard to judge a team against Leeds because they’re so unique, they’re so different to anybody else and the way they play.

“To judge a player against Leeds is not always just, because 18 of the other teams play differently to that so that makes it very difficult.

“Ancelotti’s hand has been forced, he’s got Lucas Digne and Seamus Coleman out with injury.

“The first time he tried it worked well, against Leeds it worked not as well. That’s just football sometimes. 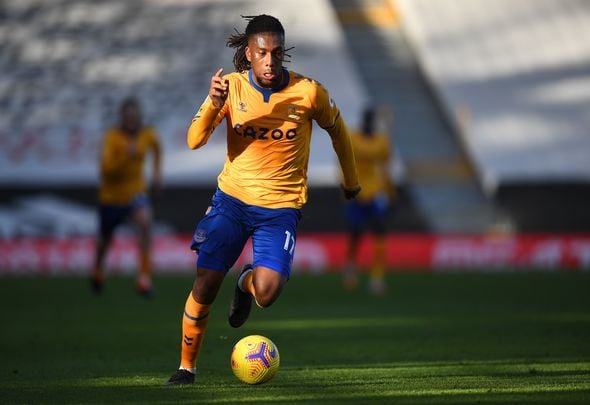 “Burnley played with two up front so having three centre-halves worked and it meant the wing-backs pushed further up the pitch and he said to them ‘go on take the opposition wide players and make them work backward’.

“Sometimes a three or a five at the back against a tradition 4-4-2 can be very, very effective. You also have that extra man in midfield, like James Rodriguez, who can have more space and time on the ball it can be a very good tactic for Everton.”

In other news, a top pundit has claimed an Everton star may never get back to his best after a huge reveal.