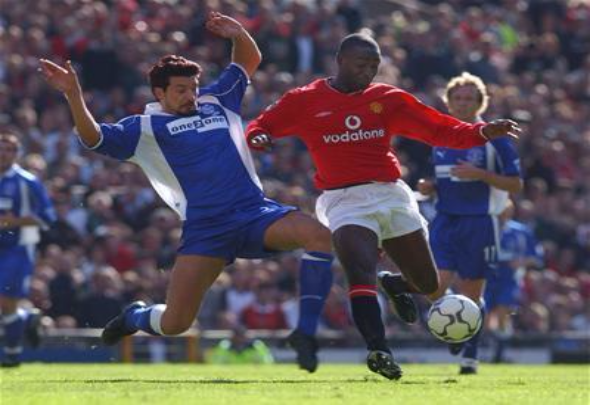 Andy Cole has selected Manchester United duo Wayne Rooney and Marcus Rashford as the two players he thinks will be pivotal for the Red Devils as they face Liverpool on Monday.

Cole, 44, played for the Old Trafford side for six years between 1995 and 2001 and still holds an affiliation to the famous club.

The now retired footballer ran an #AskColey feature on his personal Twitter account in which one fan asked who he thought would be the match winner for the big clash on Monday.

who's the match winner for United on Monday night? #AskColey

The former England international replied stating that he wouldn’t be surprised if Rooney stepped up to the big occasion, but claimed Rashford’s pace would cause the Liverpool defence big problems.

It wouldn't surprise me if it's @WayneRooney 🙏🏽 Marcus Rashford with his pace will cause big problems! #AskColey https://t.co/SRL7QVAQsI

Rooney, 30, is currently going through a tough spot in his football career having been dropped to the bench for both club and country.

However, with his ties to Everton the clash against Liverpool brings extra motivation to the experienced man.

Meanwhile, Rashford, 18, is receiving the same accolades that Rooney used to after breaking into the United first team in the last campaign.

He has played 27 times for the Red Devils in total scoring an impressive 12 goals.

Liverpool will host United on Monday with the two meeting at Anfield in one of England’s fiercest rivalries.