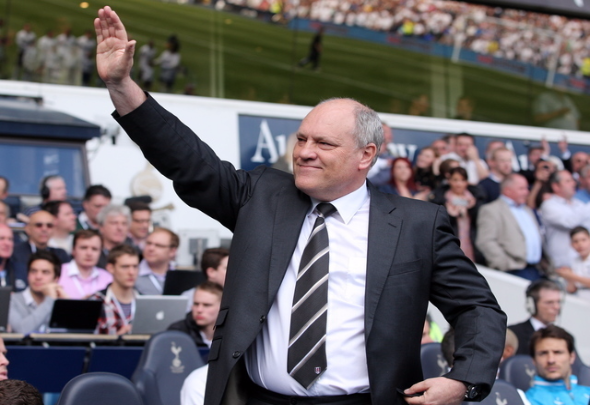 Andy Reid has identified former Tottenham manager Martin Jol and director of football Frank Arnesen as the people who kick-started the club’s success.

The Dutch manager was on the touchlines for the north London side for three years between 2004 and 2007.

He worked with Arnesen for one year between 2004 and 2005 and Reid, who was brought to Spurs 12 years a go believes the pair created something at the club.

“It started with Martin Jol on the playing side but behind the scenes Frank Arnesen was there as well taking care of the recruitment side as Director of Football and he helped to kick-start it,” told Reid, as quoted by TalkingTHFC.

“At the time there was a European set-up with Martin as head coach and he was a big part of that.

“It was around that time that things really started to get going and they did so by putting the infrastructure in place to move forward.”

Tottenham finished in the top 10 in the English top flight just once in eight seasons before Jol took charge.

The dutch manager had seemingly injected a new lease of life into the club with two fifth place finishes during his tenure, but he lost his job with Daniel Levy wanting the side to compete further up the table.

Levy went on to appoint Juande Ramos, who lasted just under a year in north London before handing Harry Redknapp the role as manager.

Spurs have since had Andre Villas-Boas and Tim Sherwood as the club’s bosses, but 2014 appointment Mauricio Pochettino has proven to be the most successful during his two years in charge.

The Argentine took Tottenham to a third place finish in the last campaign, bringing Spurs a return to Champions League football.

The north London outfit are currently on course to challenge for the title again and sit in second place and seven points behind league leaders Chelsea.

In other Tottenham news, Spurs have made an emphatic decision on this defender.