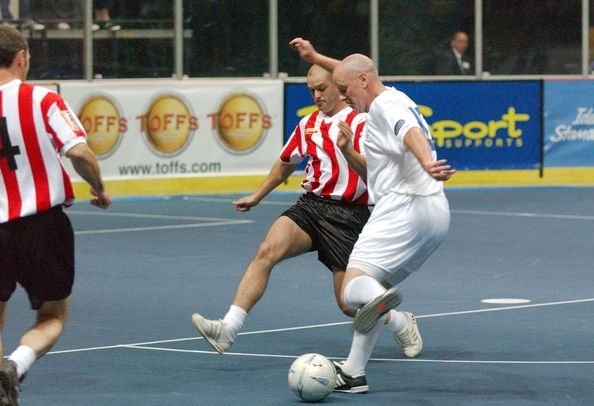 Former Leeds man Andy Ritchie is confident that Leeds can finish in the play-offs this season, and win promotion to the Premier League.

Leeds have been flying high in the Championship under Garry Monk, and are fifth in the league, heading into a Boxing Day meeting with Preston North End.

Monk has taken the Elland Road outfit from mid-table obscurity to genuine promotion candidates, and with just two defeats in their last 10 league games, their form suggests they can maintain their push for promotion.

Ex-Leeds forward-turned manager Ritchie, who made 159 appearances in four years with the club, believes his former club are in their best position at the halfway point of a season since the 2010-11 campaign under Simon Grayson. They went on to finish 7th that year.

He told the Yorkshire Evening Post: “Looking at Leeds United’s two away games over the Christmas period, for me I feel as if they have got to win at least one of them to keep the pressure up in the Championship play-off race – although two wins would be fantastic.

“Maybe not automatic promotion. But they have definitely got the wherewithal to stay in the play-offs. And then, who knows?

“I look at Leeds and everyone is buying into what Garry is doing and, as manager, you must have that.

Leeds have won three of their last four Championship games without conceding a single goal, while they have only conceded more than two goals in one game on two occasions – both back in August against QPR and Nottingham Forest.

Their home form in the league is impressive, having lost just three times at Elland Road since the start of the campaign.

Improvements are still to be made, and Monk will use the January transfer window to his advantage, but Leeds are already showing the league what they are capable of.

In other Leeds news, Souleymane Doukara is axed from Leeds’ best possible XI to face Preston.