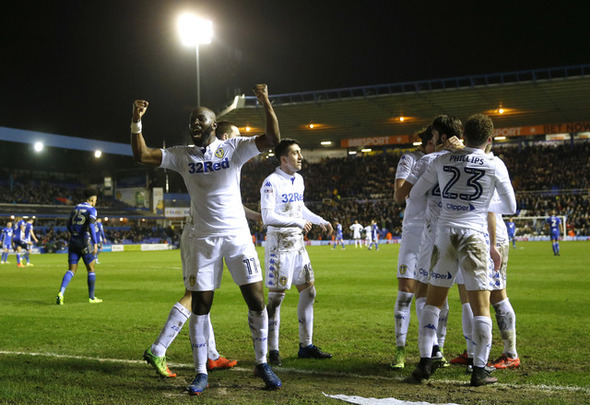 Andy Ritchie believes that Leeds’ home match against Norwich is the most difficult they have left to play.

The Whites have just three fixtures remaining this season as they look to finish in the play-off positions.

The Yorkshire giants were knocked out of the top six last week on goal difference, but will be a guaranteed a play-off spot if they win their remaining league games.

Garry Monk’s side travel to Saturday in the Championship, before hosting Norwich on the penultimate game of the season.

They then travel to Wigan on the final day and their opponents could be relegated to League One by then.

Ritchie has highlighted the clash against Norwich as their most difficult, despite having home advantage.

“After today’s game at Burton, Leeds play Norwich at Elland Road the following Saturday, and then Wigan away on the final day of the season and you could argue that it could have been a much tougher run in,” Ritchie wrote in the Yorkshire Evening Post. “They could be playing a lot more difficult teams.

“For me, they (Norwich) are the most dangerous of the three teams that Leeds still have to face but I think Burton will be difficult because of the situation they are in.”

Leeds will be expecting a tough battle Burton at the weekend as they look to guarantee their Championship status.

Monk will welcome back teenage midfielder Ronaldo Vieira from illness and will be looking to respond from their recent blip.

They have just four points out of a possible 15, which has resulted in them slipping out of the play-offs.

Ritchie expects Norwich to be the most difficult fixture for Leeds, despite the eight-placed side having nothing to play for.

The Canaries shocked the Championship earlier in April when they beat Reading 7-1.

In other Leeds news, Liam Cooper has sent a message to his teammates ahead of the Burton clash.