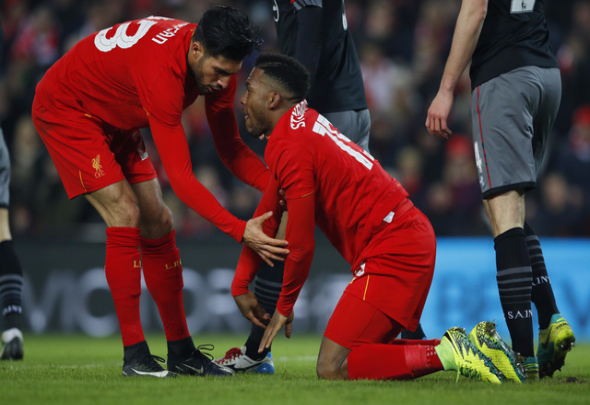 Andy Townsend has told Liverpool ace Daniel Sturridge that if he continues to duck out of games then he won’t have a career.

The 27-year-old striker has been plagued by injuries throughout his career which has seen him miss a number of games for his club.

At this moment in time, he is out with a hip injury after missing five Premier League matches earlier on in the campaign because of a problem with his calf.

Former Aston Villa captain Townsend has urged the England forward to push himself to play when he is injured.

“I think Daniel Sturridge has to start playing when he’s not 100 per cent,” Townsend told the Monday Night Club on BBC Radio Five Live.

“Otherwise, he is not going to have a career. If we [Townsend, Chris Sutton and John Collins] had ducked out every time we didn’t feel great, we would have played half the games we did.”

Sturridge has played in 21 games in all competitions for Jurgen Klopp this season, scoring six goals and supplying three assists.

He has started ten of those matches and has only played two consecutive games in the Premier League this term.

Versatile attacker Roberto Firmino has been preferred in a forward role than Sturridge, but his form has dipped in recent weeks.

Belgium international Divock Origi is another player who has been coming off the bench to play that striker role, but even he has struggled for game time.

England manager Gareth Southgate named his England squad for the friendly against Germany and World Cup qualifier against Lithuania for the coming week.

The injured Sturridge was left out of that team with Marcus Rushford, Jermain Defoe and Jamie Vardy named as the players to lead the England line.

In other Liverpool news, fans deliver their verdict on selling this £65million-rated ace.