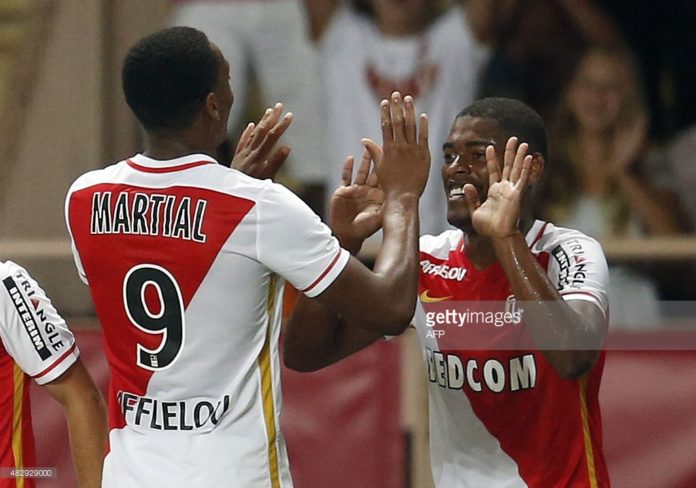 By Manchester correspondent Alex Stevens
Anthony Martial has agreed personal terms with Manchester United as he closes in on a sensational £36million move to Old Trafford, Football Insider sources understand.
The Premier League club are now trying to finalise a deal with Monaco as they attempt to land the forward before Tuesday’s transfer deadline.

Martial has agreed the terms of a United contract and has been given permission by Monaco and the French Football Federation to fly to Manchester to complete a transfer to Old Trafford.
United opened talks with Monaco over a deal for Martial in a bid to solve their striker crisis. They are ready to match the Ligue 1 club’s £36.2million valuation of the 19-year-old.
United are desperate to add more firepower to their attack, which is currently being led singlehandedly by Wayne Rooney.
Louis van Gaal has sanctioned a late move for Martial, a France Under-21 international who has scored 15 goals in 69 matches for Monaco.
The youngster has only been a first-team regular at Monaco for one season but is regarded by United as a versatile forward of immense potential.
It comes as the club’s attempt to sign Sadio Mane from Southampton in a £20million deal has stalled, while other more optimistic targets like Thomas Muller and Gareth Bale have failed to reach fruition.
Van Gaal wants to bring more pacy and mobility to his front line, which is over-reliant on Rooney as Javier Hernandez prepares to follow earlier summer departures Robin van Persie and Radamel Falcao out of the Stamford Bridge exit door.
Hernandez has agreed a £12million move to Bayer Leverkusen, after the Mexican was told by the manager that he can find a new club.

Van Gaal has spoken warmly of Rooney’s significance to the United cause but accepts that the 29-year-old needs support.
England’s talisman failed to score for a 10th consecutive Premier League match as United lost 2-1 at Swansea on Sunday, their first defeat of the season.