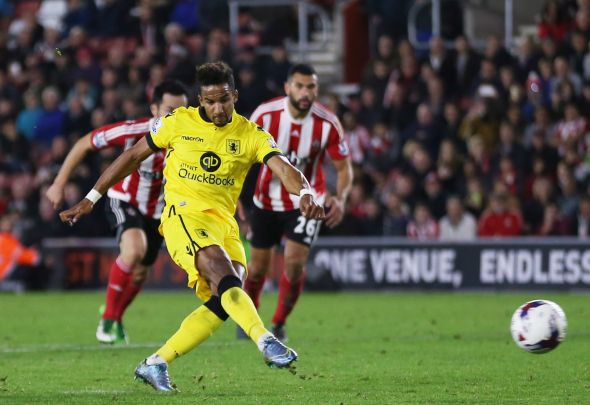 Scott Sinclair has backed hat-trick hero Moussa Dembele to develop into a superstar if he can build on his stunning display against Rangers at the weekend.

The attacking duo are set to line up together against Barcelona on Tuesday night in the Hoops’ first Champions League group stage appearance in three years.

Speaking to the Evening Times, former Aston Villa man Sinclair has claimed that Dembele has all that attributes to be a successful striker and believes that massive underdogs Celtic can cause an upset against Barca.

“Moussa has stepped into the team, scored a hat-trick and done a great job,” Sinclair told the Evening Times. “With the squad we have, it’s great. You can’t get much better than a hat-trick against Rangers.

“He is a young guy who is working on his game and he keeps producing. If he keeps scoring hat-tricks like that, anything can happen. You can see all of his attributes. He is big, he is strong and that’s what you need as a striker.”

Goal machine Leigh Griffiths is to remain sidelined as the Spanish champions meet the Scottish champions, giving Dembele and extended run in the side after signing from Fulham earlier this summer.

The France under-20 international has hit the ground running for Rodgers’ side, scoring seven goals in 11 league and cu encounters this season.

Fans will be hoping for a repeat of 2012-13’s magical night at Celtic Park that saw youngster Tony Watt slide the ball past Victor Valdes to give Celtic a 2-1 win over the Catalan giants.

In other Celtic news, the two attackers have shared a Twitter exchange following the demolition of Rangers.