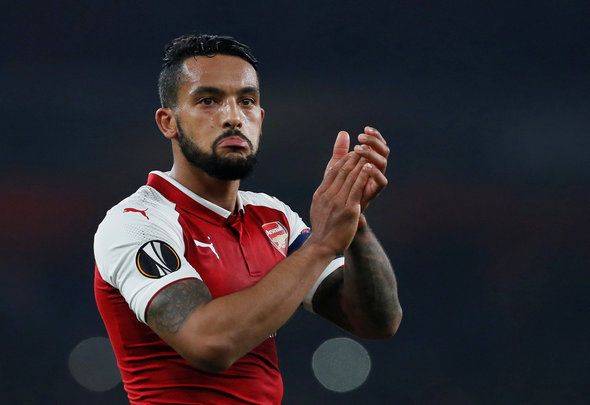 Everton are set to make Theo Walcott their second major signing of the January transfer window, as Sam Allardyce attempts to boost his attacking options in the Premier League, according to a report.
The Gunners winger, according to Sky Sports, is due to undergo a medical at Finch Farm on Tuesday afternoon, after he was seen entering the Everton training facility.
It is believed that Walcott will cost the Merseysiders in the region of £20million and when supporters were asked whether the Arsenal midfielder would improve the Blues, the answer was a resoundingly positive one.
Premier League rivals, Southampton, were also thought to be in pursuit of the speed-merchant but it is believed that the financial backing of the board and the opportunity to work under Allardyce were the factors which swayed the winger’s decision.
The 28-year-old could go straight into the Everton side for the visit of West Bromwich Albion this weekend and supporters of the Toffees will hope that after going three games without registering a shot on target, boosted by the Arsenal man’s signing, they can offer a greater threat in front of goal.
Here is what the supporters are saying on social media:
https://twitter.com/SiMcKeown1970/status/953263769093836800

Without a shadow of a doubt. No debate to be had.

If he is motivated and used correctly then obviously yes, the first we have to hope on, the second i have zero confidence in the Fat Melt to use him the right way

His signing may see Rooney getting less game time which will be a good thing. With Bolasie as well Lookman and Vlasic will learn a lot

Hell yes! Pace! We have none of it and he’s in his prime, look at the Ox at Liverpool a changed man time for Theo who wants a World Cup place to step up & show that Wenger is stifling players growth

Better options than the likes of Aaron Lennon and £20 million is the modern day equivalent of a bag of tracksuits so a bargain!!!

In other Everton transfer news, the Toffees are willing to listen to offers for Koeman flops.
We’ve launched a << BREAKING NEWS FEED>> exclusively for your club. ‘Like Us’ on Facebook by clicking here if you want 24/7 updates on all Everton breaking news.