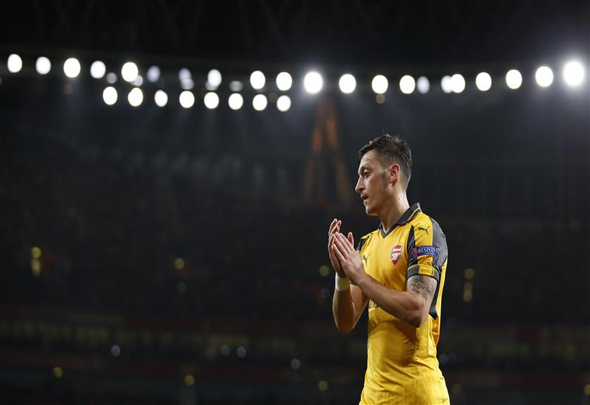 Arsenal midfielder Mesut Ozil has backed his Germany teammates to take another step forward to the 2018 World Cup in Russia.

Playmaker Ozil will take to the field in his homeland when the World Cup winners take on Czech Republic in a World Cup qualifier on Saturday.

The Germans have already registered three points in their opening game, when they were 3-0 winners against Norway in September.

Now playmaker Ozil, 27, has urged them to continue that form, as they look to make a comfortable passage through to Russia in two years time.

“Tomorrow matchday! Let’s take another step on our Road To Russia,” Ozil wrote on his personal Twitter account on Friday night.

Ozil has made 81 appearances for his national side scoring 21 goals and providing 36 assists since making his debut against Norway in 2009.

Additionally, the Gunners star player has featured on eight occasions in all competitions for Arsene Wenger’s side this term scoring two goals, but has failed to provide an assist.

After hosting the Czech Republic on Saturday, Joachim Low’s side will welcome Michael O’Neill’s Northern Ireland to Germany on Tuesday for what will be a tough contest for the Irish.

In other Arsenal team news, Ivan Gazidis has dropped the biggest hint yet about Arsene Wenger’s future.