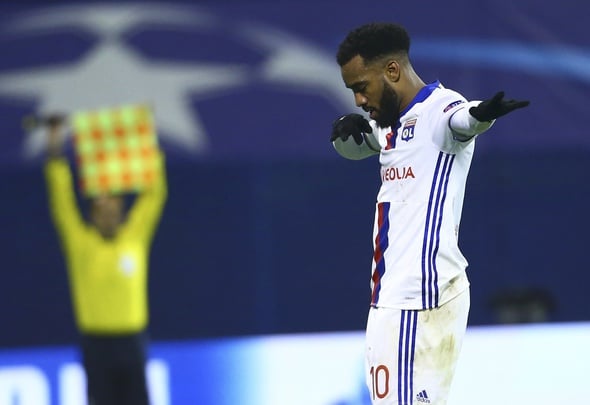 Arsenal are set to announce the signing of Lyon striker Alexandre Lacazette within 24 hours, according to a report.

The Mirror claims that the 26-year-old has arrived at the Gunners’ training ground in London and is currently undergoing a medical ahead of him becoming the club’s record signing.

It is understood that the French goal machine has agreed personal terms with Arsenal and his £52million switch from Ligue 1 giants Lyon is all but done.

The report adds that Lacazette will move to the Emirates on a five-year deal and is in contention to join up with the Gunners squad as they go on a pre-season tour of Australia and China.

Lacazette has had no such problems finding the net in his career with Lyon.

The 11-times France international blew opponents away last season as he netted 37 goals in 45 appearances across all competitions as Lyon reached the semi-finals of the Europa League, only to lose to Ajax.

When he was fit to play, the striker never went more than two matches without scoring in Ligue 1 during the 2016/17 campaign, such are his emphatic net-finding capabilities.

Lacazette could become a legend at Arsenal if he can keep up the form he has shown with Lyon when he swaps Ligue 1 for the Premier League. The Gunners are desperate for a reliable goal scorer and Lacazette could join the likes of Ian Wright, Thierry Henry and Robin Van Persie in an illustrious list of the Gunners’ great Premier League strikers. Playing in the Europa League next season is a blow for Arsenal, but with a player like Lacazette in their side they could probably win the competition and achieve a similar feat as to what Manchester United did last term. The Frenchman could even fire the Gunners to the league title if Arsene Wenger’s midfielders supply him with enough chances.

In other Arsenal news, Wenger is considering giving this 47-year-old his third spell with the Gunners.