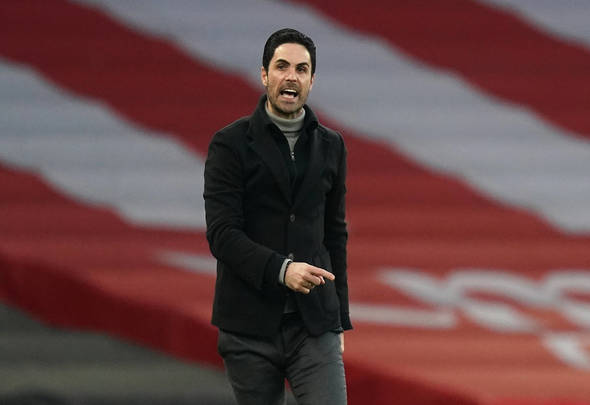 Mikel Arteta must deliver a “rollicking” to his Arsenal players rather than sugarcoat their failures this season.

That is according to ex-Premier League goalkeeper Paddy Kenny, speaking exclusively to Football Insider after the Athletic reported concerns from within Arsenal about Arteta’s press conference conduct.

“Too much of what Mikel says publicly is not true,” an Arsenal source is said to have told the Athletic.

Staff at the Emirates are understood to be concerned about the 39-year-old’s propensity to defend underperforming players when carrying out his media duties.

Arsenal are currently 9th in the league and in danger of failing to qualify for Europe for the first time in 25 years.

Kenny claims that players need to acknowledge the severity of the situation and an Arteta tongue-lashing is the only way to go.

He told Football Insider correspondent Adam Williams: “You defend your team up to a certain point, but they are 9th in the league and their season has been so disappointing.

“So at some point, you’ve got to come out and dig people out. You can’t pussyfoot around 24/7.

“I’d like to think he’s giving them a rollicking behind the scenes. Surely you can’t carry on defending them on the training ground after the season they’ve had.

“Don’t get me wrong, you’ve got to defend the team up to a point. But they’ve been so bad this season. Someone’s got to come out and do it.”

Arsenal’s form has picked up of late and they have won their last four matches in the league.

They beat Crystal Palace 3-1 in their penultimate match of the season at Selhurst Park last night.

In other news, pundit backs Arsenal to get big earner off the wage bill this summer after update.