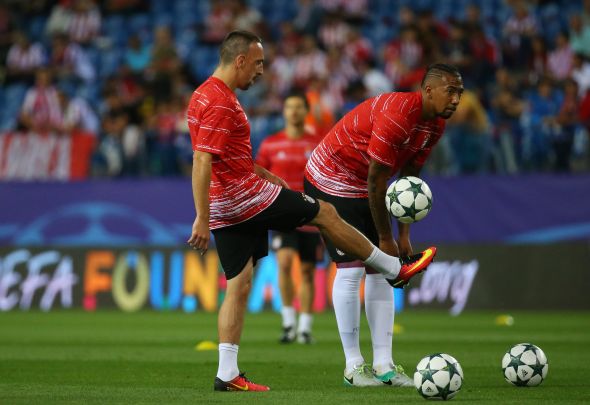 Arsenal have received a huge boost ahead of Wednesday night’s clash against Bayern Munich as Franck Ribery and Jerome Boateng have been ruled out, according to a report.

The Gunners travel to the Allianz Arena this week in the first knockout stage of the Champions League, as they look to take a first-leg advantage back to north London.

Goal have reported that the duo have been ruled out of the round of 16 clash, which will come as a huge boost to Arsene Wenger’s side as they look to get to the quarter-finals for the first time since 2010.

Ribery, 33, suffered a thigh problem back in January against Werder Bremen, while Germany international Boateng has made just seven appearances this season.

Boateng, formerly of Manchester City, is struggling to overcome a shoulder injury and has failed to feature since the middle of November for Bayern.

The German giants had been hoping to welcome them back for the crucial game but it is now believed they won’t be back until the second leg.

Arsenal will be hoping to fair better against Carlo Ancelotti’s than the last time the two sides met, which saw the German champions smash the Gunners 5-1 in November 2015.

They come into the hotly-anticipated clash off the back of a 2-0 win against Hull City on the weekend, which was their fifth win in seven league and cup outings.

However, Bayern are also on a run of fantastic form which has seen them triumph 10 times in just 11 encounters, drawing once against Bundesliga rivals Schalke.

Both sides will be vying to give themselves the best chance of progression to the quarter-finals with the second leg set to be played at the Emirates Stadium on March 7.

In other Arsenal news, here are three reasons why this midfielder has already been shown the exit door. 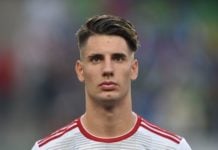