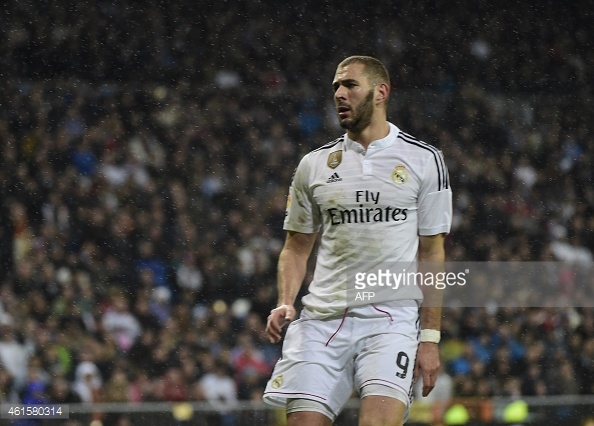 EXCLUSIVE | By Arsenal correspondent Tony Hughes
Arsenal transfer chief Dicky Law will meet the representatives of Karim Benzema as the Gunners step up their pursuit of the striker , Football Insider sources understand.

Arsenal have already made preliminary enquiries for Benzema after identifying him as the type of “exceptional player” that Arsenal Wenger has said he is looking for.
Law, the club’s multi-lingual transfer and contract negotiator, is now set to meet Benzema’s agent Karim Djaziri in a fresh attempt to entice the player from Real Madrid.
Djaziri has publicly ruled out a move, telling Sky Sports that his client “will be a Real Madrid player by the end of this transfer window, 1,000 per cent”.
But Football Insider has learned that Wenger has not given up hope of enticing his countryman from the Bernabeu.
Arsenal have so far stopped short of tabling a formal offer for the France international but they have privately been given encouragement that a deal could be possible.
Any transfer would not take place until later in the window but Wenger is a big admirer of Benzema and would be interested in making a club-record bid if he learned that there would be a possibility of signing him. For now, Wenger is prepared to play a waiting game and see if the front man becomes available, which is unlikely to be before mid to late August.
Real’s stance is that they are only prepared to listen to offers for the 27-year-old this summer if they first manage to secure a replacement.
Wenger wants to make a significant forward signing this summer only if it is a player he regards as world-class and who would immediately strengthen his first team.
There is a possibility that Olivier Giroud could leave Arsenal if the Londoners could pull off what would be one of the summer’s most sensational deals.
Benzema has scored 134 goals in 281 matches for Real since joining the club from Lyon in 2009. He has been a regular starter since Gonzalo Higuain joined Napoli two years ago, forming a productive alliance as the central player in a front three with Cristiano Ronaldo and Gareth Bale.

He has attracted strong interest from Premier League clubs, with Manchester United manager Louis van Gaal among those who is closely monitoring him.
Wenger has been coy on his interest in the Frenchman although it is understood the Gunners would be among the clubs who could pursue him if the possibility of a deal increases.
Nevertheless, Arsenal will bide their t.ime and wait for further encouragement before strongly pushing for one of Europe’s most highly-rated strikers