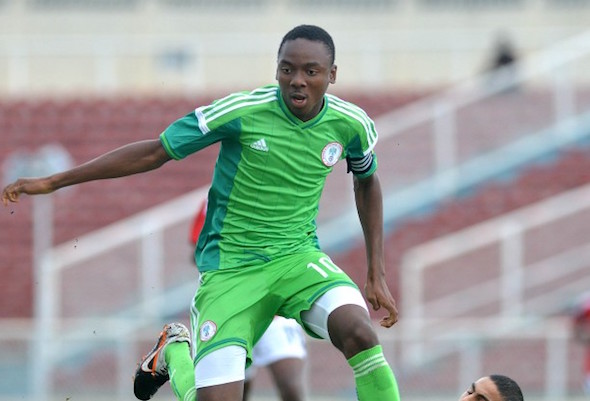 Football Insider revealed earlier this week that the Gunners were in advanced talks to recruit midfield sensations Kelechi Nwakali and Samuel Chukwueze to their academy.

This comes after they announced the signing of Elneny, who was unveiled as an Arsenal player on Thursday after being granted a UK visa to complete his £5.2million move.

An Arsenal recruitment source has told Football Insider that the London giants have reached an agreement on a double deal for Nwakali and Chukwueze and will secure their signings before the end of the January transfer window.

Arsene Wenger was delighted to complete the signing of Elneny and is convinced that the 23-year-old has the qualities to be a significant addition to his squad.

“His strengths are his technical level, his vision, his intelligence, his disciplined attitude and his physical attitude to compete at a high level,” Wenger told the Arsenal website. “I think he has the physical qualities to play at the top level.

“Overall I believe he will be a good addition to the squad. First he has not come in straight to a big club, he had an intermediate stay in Europe so the adaptation is less of a question mark.

“He is 23 years old and has already got Champions League, Europa League and Swiss League experience.”