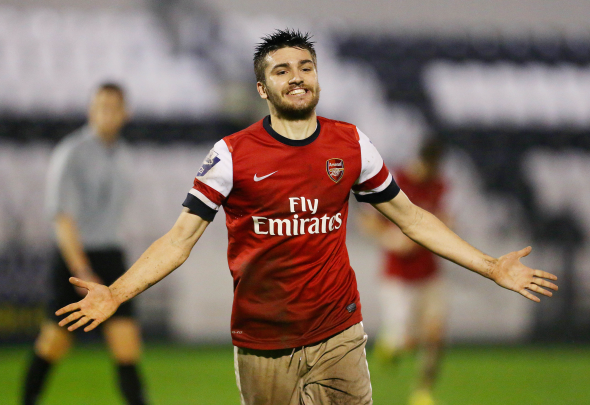 Arsenal are close to agreeing a loan deal for Spanish playmaker Jon Toral to join La Liga outfit Granada, according to a report.

Toral spent last season on-loan at Birmingham City, where he scored eight goals in 36 Championship appearances, as well as producing four assists. This fine form won him the Blues’ Supporters’ Player of the Year award.

Spanish publication Ideal claim that the 21-year-old is in Granada on Thursday finalising a season-long loan move to Los Carmenes, after failing to impress Arsene Wenger enough despite his form in the Midlands.

The former Barcelona trainee has failed to make a single appearance for Wenger’s side since signing from Barca’s famed La Masia Youth academy in 2011.

If the Spaniard does sign, then he will link-up with Chelsea loanee Jeremie Boga, who joined Granada on a two-year loan this week.

According to Ideal, Granada are also interested in loaning Stamford Bridge duo Victorien Angban and Dominic Solanke, with the latter impressing in the Netherlands this season for Vitesse Arnhem.

In other Arsenal news, Liverpool have been given a boost ahead of the first Premier League fixture after this Euro 2016 star questioned whether he will be available.