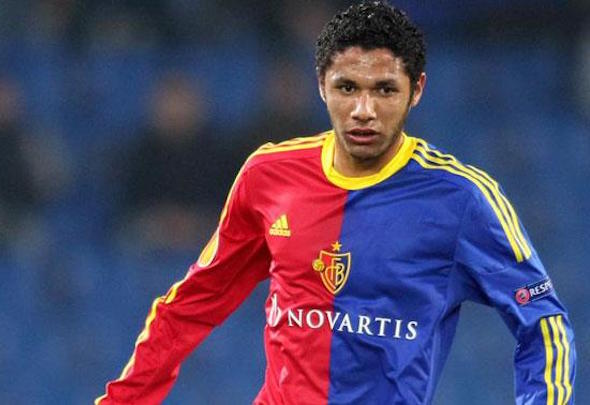 Arsenal hope Mohamed Elneny can make his Arsenal debut in their Premier League clash against Stoke on Sunday.

Football Insider reported on Tuesday afternoon that Elneny has finally been granted a visa and will fly to London on Wednesday to complete his protracted move to the club.

The Egyptian midfielder had already been successful in his work permit application but was waiting to be conferred with a visa by UK immigration.

With the documentation now in place, an Arsenal source has told Football Insider that Elneny will fly from Paris to sign for the Gunners.

Elneny must be registered with the Premier League before 12pm on Friday in order to be selected for the club’s trip to the Britannia Stadium on Sunday afternoon.

Manager Arsene Wenger might decide that he is not ready to play in such a demanding fixture after being holed up in France since his last training session with Basle a week ago.

As revealed by Football Insider he had agreed the terms of a four-and-a-half-year contract with Arsenal worth £65,000-a-week in late December and the Swiss club accepted the Gunners’ bid of £5.2million.

Speaking at his media briefing on Monday morning, Wenger admitted that the deal had not been finalised as quickly as he had hoped.

The midfielder underwent a medical in Paris a fortnight ago and said his goodbyes to Basle team-mates at the start of last week.

Elneny will not be registered in time to face Liverpool at Anfield on Wednesday night but Arsenal are hopeful he could be available for the Stoke match.

Wenger has sanctioned an early January move for a central midfielder after long-term injuries robbed him of the services of first-choice pair Francis Coquelin and Santi Cazorla until at least March and possibly longer.

With Mathieu Flamini and Mikel Arteta out of contract next summer, and Jack Wilshere still absent through injury, Wenger has given the go ahead to land Elneny.

Elneny fits the bill  for Arsenal because of his pedigree, ability to play in a number of midfield positions and relatively good value.

He joined Basle, initially on loan, in January 2013 and has won three consecutive Swiss league titles with the club.